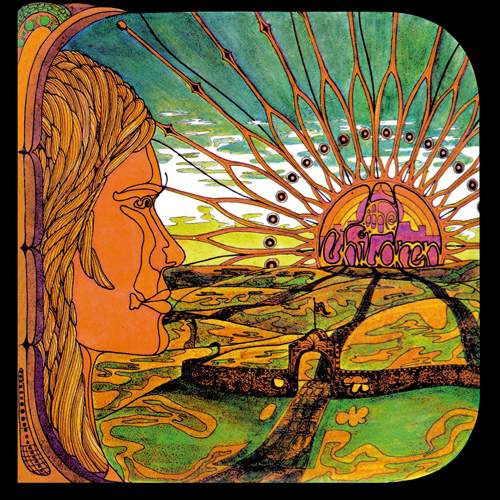 Evolving from garage outfit the Stoics into The Mind's Eye (who released the excellent 45 "Help, I'm Lost"), the band headed to LA in 1967, playing popular Sunset Boulevard venues with the help of Monkee Davy Jones. The Mind's Eye soon became the Children, but financial issues and increased acid usage convinced the band to head back to Texas, where "Rebirth" was recorded.

Produced by Lelan Rogers, who also recorded the 13th Floor Elevators and the Golden Dawn among others, "Rebirth" is a surprisingly lush album, full of intricate psychedelia quite unlike that of Lelan Rogers other charges. String sections, vibraphone solos and other baroque-pop touches rub shoulders with acid drenched psychedelic rock, with the powerful female vocal presence of Cassell Webb tying these disparate strands together nicely.

There's no doubt that there's a lot of layers to "Rebirth" that reward repeated listens and show a depth not found in a lot of second tier psychedelic albums of the era. "Maypole" is a great example of this, nicely juxtaposing a playful, childlike innocence with a subversive, sinister undercurrent. There are real hooks and memorable songs here too, and an admirable diversity, from the heart stopping ballad "I'll Be Your Sunshine" to more forceful fare like "Dreaming Slave" with its elaborate baroque trimmings, and the minor key gem "Beautiful", with its spidery Mandrake Memorial-like keys.

It's a carefully paced album too, with most tracks kept to a shortish length, the song always coming first. Don't let that fool you into thinking that there aren't a number of wild instrumental excursions though, it's just that they build upon, rather than wander from the melodic core of these songs.

And then, finally, there's the album's epic closing track "Pictorial", a surprisingly heavy, seven minute monster that sounds like the work of an entirely different band, albeit another very good one. You'd be forgiven for thinking this was a UK power trio - I'm reminded of Cream and the May Blitz, as well as the huge fuzz bass of Manfred Mann Chapter Three's "One Way Glass". Fabulous stuff, and the deft acoustic touches during the chorus reveal a band with a gift for unusual dynamics.

A great album then, originally released on the Cinema label in 1968, before being picked up for wider distribution by Atco. Guerssen's ornate reissue faithfully recreates the original Gatefold sleeve of the Cinema original for a fraction of the price of a scarce original.