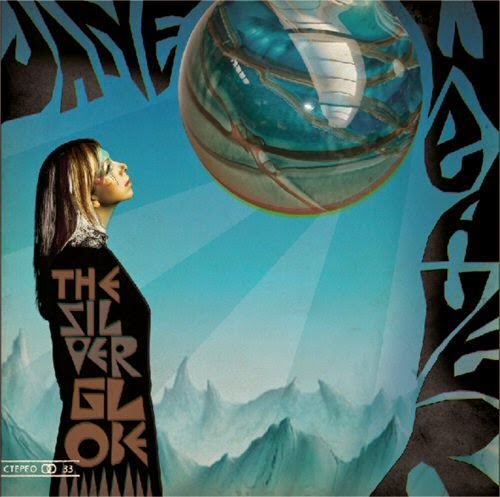 This had been sitting in my 'haven't quite gotten around to listening' pile for quite some time before Piccadilly Records lit a fire under my arse by naming it their album of the year, and you've got to hand it to them - they sure can pick 'em, and judging by this, Jane Weaver sure can make 'em too.

Being signed to Finders Keepers Records is basically a guaranteed seal of quality, but it's rare for one of their releases to have the immediacy, and the hooks that Weaver displays here on her sixth(?) album. Recorded between an old vicarage and Vox Recording Studios in Los Angeles on 'experimental' analogue equipment by David Holmes and Andy Votel, "The Silver Globe" will make fans of Stereolab, Broadcast and the Soundcarriers absolutely ecstatic. Summoning a similarly timeless vintage vibe, Weaver exerts more than enough of her own touch to stave off cries of plagiarism. And I doubt that any of the bands just mentioned (as much as I love them all) have a single in them with as much cross-over potential as "The Electric Mountain", which is absolutely outstanding, and a chart topper in a fair and just world.

And then there's "Don't Take My Soul", which sounds inescapably like an escapee from "McCartney II" which has been hijacked by Kate Bush. I can't be the only one that appeals to - right? I could go on of course (and I normally would), but the best thing you could do right now is hit play on the youtube embed below, and then inevitably reach for your wallet. I don't have time to work out an albums of the year list this year, but if I were to do so, this would be very, very nearly top dog. Outstanding.

"The Silver Globe" is available here on CD, and here on vinyl.