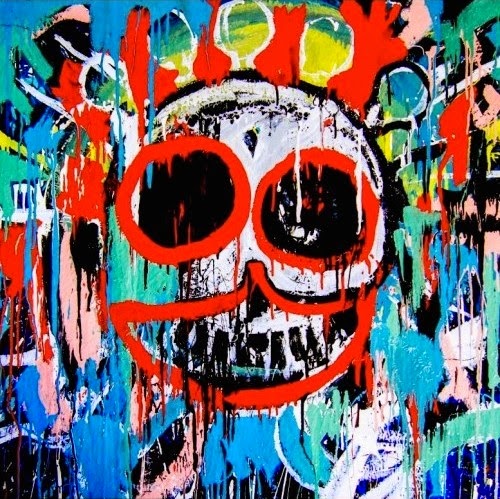 So Vol. III kicks off with exactly what you would expect with The Oscillation and Holy Science bringing the southwest psych grooves and lots of guitars. The energy is up and the fuzz creeps in. One note to appreciate is the fact that the guitars are laying down some solos that actually solo (they spent some time learning their licks, man) and the one two punch is a great start. Deathcrush jumps in and you think you might have skipped to the next playlist in your itunes. Pounding drums and distorto bass post-punk it up and then walls of guitar storm in an push the mix to overload. Then the next track makes you get up again and see if you skipped to a different playlist with The History of Colour TV giving it to you with bits of dreampop, shoegaze and a heaping of tribal drums and watery bass. It's expertly done and you'll be web searching to see if they are a new band or a lost classic.

Singapore Sling pumps up the drum machine and then smacks it sideways with garage rock guitars and "I'm Bored of Singing to You" vocals. (There might be some typos as I bounce along while reviewing). Newcandys bring us back to more familiar territory with some vintage riffing and reverbed vocals that hint at the Paisley Underground era. Sound Sweet Sound add the twang and drop some flute in the mix with a great female vocal lead that rides the groove perfectly. Undisco Kidd turns a two and half minute "rock single" into an extended jam for the last half of the song. Guitar Effects! God, I love that. Not too much and not too little and just the right amount of fuzz on everything at the end.

Camera picks up the tempo and gets a West Coast boogie meets Krautrock jam going, and it's cool so calm down. Future blast out with reverb on the snare that blasts into outer space and they add it some wiggy guitar to match. Another one of those you'll have to look up to see if this was found on a cassette in a closet or just recorded. Either way it brings the stereo wall of sound that asks, keyboard? guitar? and is great stuff to lose track of time. Mugstar bring the tempo down but not the heavy. Organ guitar bass riffage! Fat beats! Epic vibe! One Unique Signal push the tempo back up and jam stereo guitars pounding on top of a post-punk bass drum groove. Feedback everywhere at times and the band is amped up and you can hear it.

GOAT and Anton Newcombe collaborate on an Indian-tinged dirge that has ragga drones and as usual compelling vocal chanting. The mix is great. You can hear layers of acoustic instruments and percussion that sound WARM and you'll want to close your eyes and let your imagination flow to this headtrip. Lola Colt bring us a slow burner that spends its first 3 minutes unloading guitars and then pulls it back for the vocals to ring in. Don't worry they bring it all back and then some. Francois Sky wind up the release with a perfect exit song. Dreamy drone and sitar with a feel good bass and drums groove that conjurer up kaleidoscope visuals and float along into the distance.