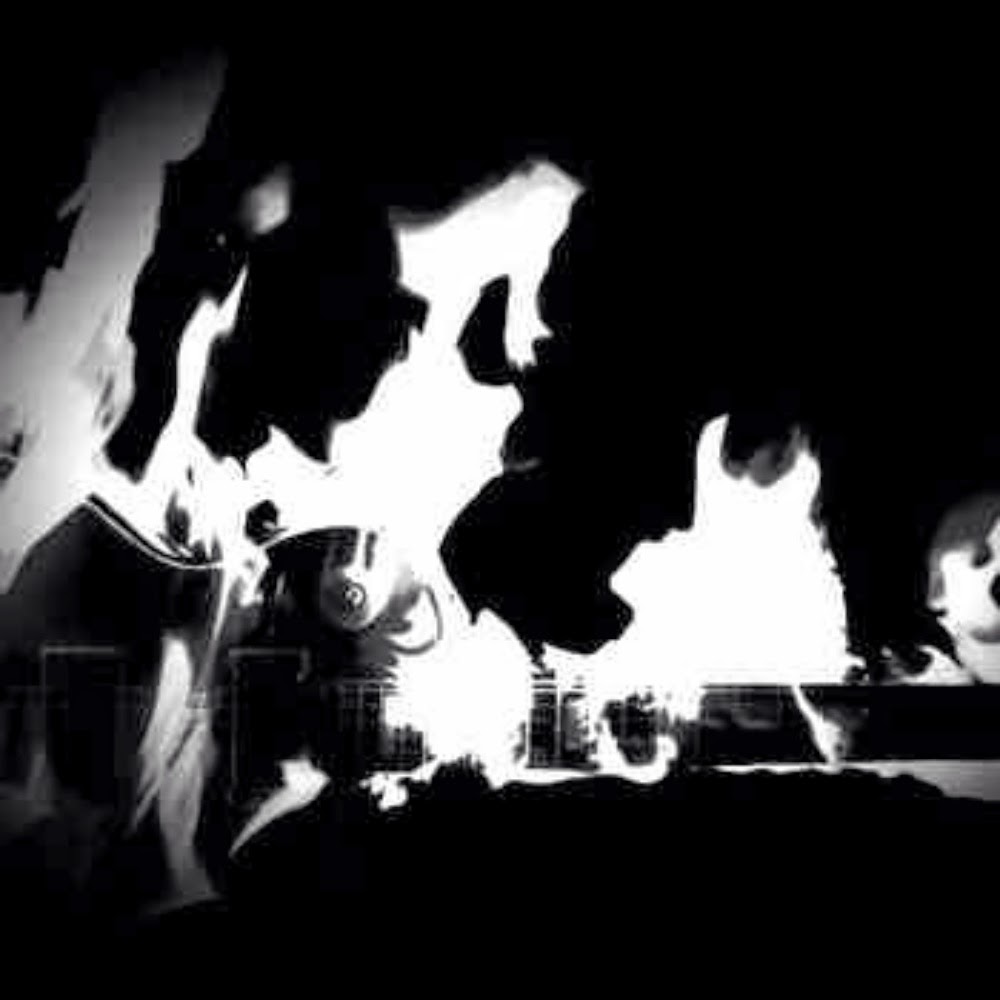 By all accounts this, the debut album from Sheffield’s 'ballardian psycho bluesmen' mangabros (essentially a one man band of Craig Manga with collaborators), has been percolating for several years before exposure into the sunlight. Which is apt as this is a dark beast indeed, a mixture of prog intention and storyline (there is a concept at work here), Coil style glitches and electronic squelches, a Floydian sense of the epic and ultimately, some very fine songwriting indeed. The band have been described by Bill Nelson as "brave and uncompromising"; indeed this is an album that needs close attention and is designed to be heard as a whole, a suite of both sorrowful and sinister beauty.

Not unlike a darker hued Radiohead, manga bros meld fractured Warp style beats with haunted piano and soaring, anguished vocals. Opener 'Musical Chairs' is a prime example, Craig Manga's voice towers over mournful minor piano keys, propelled by electronic percussion. It is both hugely accomplished and deeply affecting; there is a genuine quality to Manga's vocals that evokes a similar connection with the listener heard in the work of such luminaries as Peter Hammill, Thom Yorke or Gavin Friday. 'Z-The Nada Song' picks up the post-apocalyptic storyline, a survivor reminiscing over glistening strings, bowed guitar and quite the most beautiful piano melody you will hear of late. It's a sombre but stand out moment, reminding this listener of Peter Hammill's break up opus 'Over' as well as some of Jeff Buckley's more tear stained moments. The heartbreak and isolation is all too tangible. 'Weissmuller' appropriately starts with a Tarzan call (in honour of the title's namesake Johnny, as this track describes his lonesome death) which returns throughout the song, whilst Twin Peaks reverbed guitar and shimmering piano accentuate the spooked nature of the narrative. Another sonnet from the shadows; Johnny Greenwood would give his right arm to come up with something as squelchy, haunted and downright atmospheric as this. 'Bunny Girl' is a towering, analogue waltz, a fairground ride to hell. Keyboards emulate a Stranglers 'Waltz In Black' mood, a sinister and doomed carousel that carries Manga's voice towards the coda with its waterfall of piano notes and vintage style synths washing over the grief inherent in the song. This is a hugely emotive album, clearly inspired by events in the artist’s life as well as the aforementioned post-apocalyptic narrative. Fans of Steven Wilson's solo work and Porcupine Tree will find much to love here; a multitude of musical twists and turns and a real, broken heart beating at the source of these songs.

'The Blue Scrawl', this listener’s stand out track on the album, is a string drenched perfectly formed piece of tension, grandiose ambition, prog textures and epic vocals. Echoes of Nick Grey's seminal 'Thieves Among Thorns' abound here; there is a similar late night air of dread and anguish and equally perfect paring of musical electronics and organics. 'King Of Tarts' heads further into Coil/twisted ‘Kid A’ glitch territory with backwards tapes and sound effects accentuating the collapse of a relationship whilst 'His Side', with its percussive guitar and Mike Garson style discordant piano is truly disturbing. 'Black Pop Caucasian Vampire Blues' is sky-scraping, Manga's voice resplendent over the tension of the piano and the treated strings. It is a hold your breath moment. 'Celebration of Wounds' follows in the same vein, more dread filled perhaps but just as beautifully wrought. These are songs for the darkest part of the night on the coldest day of the year. Beats enter, heightening the drama that fuels the song and adding an urgency; this music should really be scoring some post-apocalyptic widescreen cinematic experience, World War Z if it had been more arthouse and less Brad Pitt blockbuster. In fact, consider this an alternate soundtrack to Danny Boyle's '28 Days Later'. 'Fag Trucker' is a Floydian 'Welcome To The Machine' style stomp; percussive machinery and metallic but fluid guitar stalking the track. Indeed there is something of Water's Floyd in Manga Bros; nakedly tormented and emotionally bare, backed by a symphony of massively inventive music designed to create an atmosphere and mood as much as hit the right notes. Returning to the apocalyptic storyline 'Z -The Shiva Palimpsest' offers a glimmer of light and hope, albeit amongst those persistent shadows. The most incredible guitar lines burst between the verses; Gilmouresque and hugely affecting. Next up, 'Black Guitar's spectral piano, orchestral sweep of electronica and psych guitar explosions remind one of Ulver's recent ‘Messes I.X-VI.X’, a requiem mass of dramatics and sinister manipulation of sound and inner torment.

'Dead Riff’s haunted choir is a gnarled gospel; Manga's broken vocals here reminiscent of grunge bluesman Mark Lanegan. The ambition present in this music is immediately obvious; this is not lo-fi but is music that yearns for the epic, the momentous and for the emotional and heartfelt connection with the listener. 'Z- The Last Ghost Story', its melancholy piano glistening and cascading across the fallout drenched burnt, grey landscape, is a charred autumnal lament. The album closes with 'Black Midi, Black Rain', a downpour of electronics thundering upon the speakers before a scratching sound suddenly enters and ends. A ghostly end to a haunted house of an album. The listener is left dazed; the scope and breadth of the story arc and the creative overwhelm of Manga Bros is not your average listen.

This album is not like anything else you will hear. Indeed, how to describe this music leaves all descriptions both relevant and redundant. Prog, electronica, rock, psych, conceptual; all feature but fall short of describing the sheer experience of this music. And 'Soalcoalblack' is an experience; a shattering, affecting, uplifting and haunting one at that. This is a headphones on, lights dimmed kind of album. What are you waiting for?