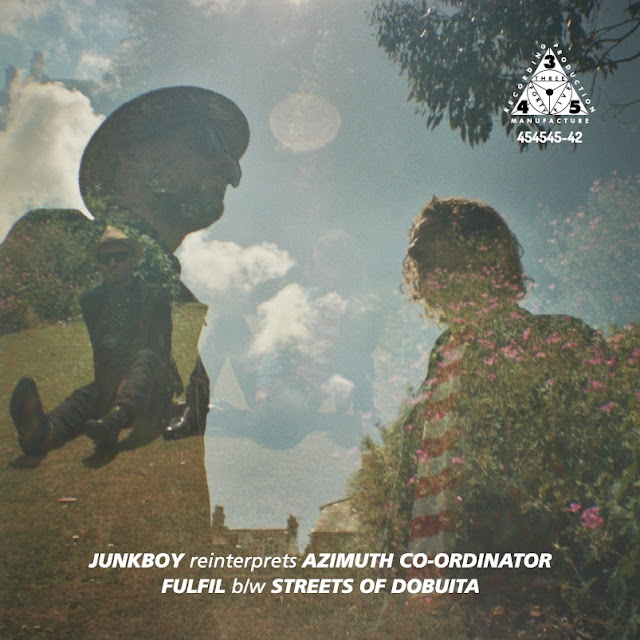 Macy also releases his own music under the guise of Azimuth Coordinator, and Junkboy's Hanscomb brothers took it upon themselves to reimagine two of his choicest cuts for this new 7".

Mik Hanscomb, one half of Junkboy, picks up the story, ‘we listened to Phil’s music and decided to build something around the mood the music evoked within us. Thus, Fulfil and Streets of Doubita paint sonic tone poems around meandering suburban roads during long hot summer days. The single is dedicated to those fellow heads who while away the hours playing Shenmue and listening to Turnstyles and Junkpiles on a loop forever’.

These lads can do no wrong as far as we're concerned and this is more of the good stuff - have a listen below.

Check out Junkboy on Bandcamp here, where you can hear the flip from this 7", amongst other delights.