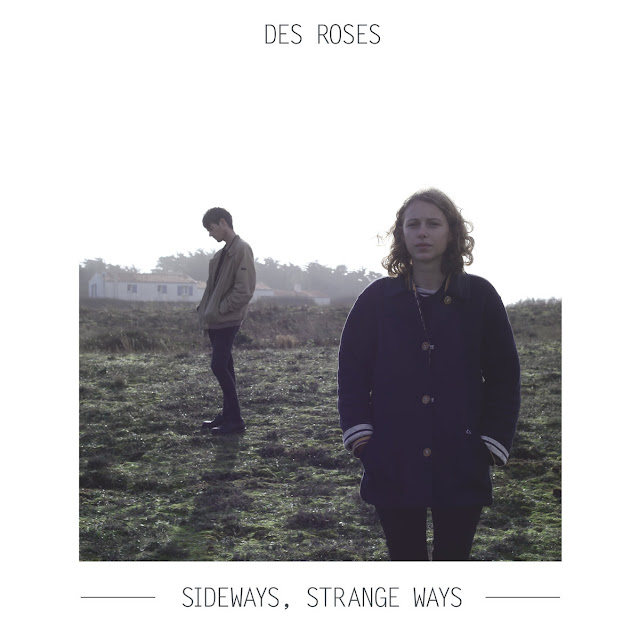 Des Roses (who's debut EP we obssessed over here) hail from Nantes, France and inhabit the same musical space as vintage space pop/rockers such as Death and Vanilla. Their use of keyboards coupled with beguiling female vocals is intoxicating. Their Bandcamp page describes them as shoegaze and dream pop. The latter label is certainly correct, and they also occasionally trot out some ‘gazey goodness. Still, this hazy, dazey blissed out release rests squarely in the realm of space pop/rock, billowing with psychedelia and dreamy overtones.

Opening track “Tell Me When, Tell Me Where” is saturated with organ and synths, yet it also gets narrowed down at times to a single vocal with simple guitar and beats. “H.P.S” is the most like Death and Vanilla, dominated as it is by antique sounding organ. It also boasts some nice female/male vocals that float along with the other instruments. “Atlas - Marie Love” starts off with well-trodden riffs and improves dramatically as it moves forward. I especially like the keyboard work on this rather long piece, clocking in at over ten minutes. It meanders between quieter passages and soaring heights, and the band keeps it intriguing all the way through by mixing it up.

A short but enjoyable turn from this talented French duo. Available here as a name your price download: