My Autumn Empire - Dreams of Death and Other Favourites 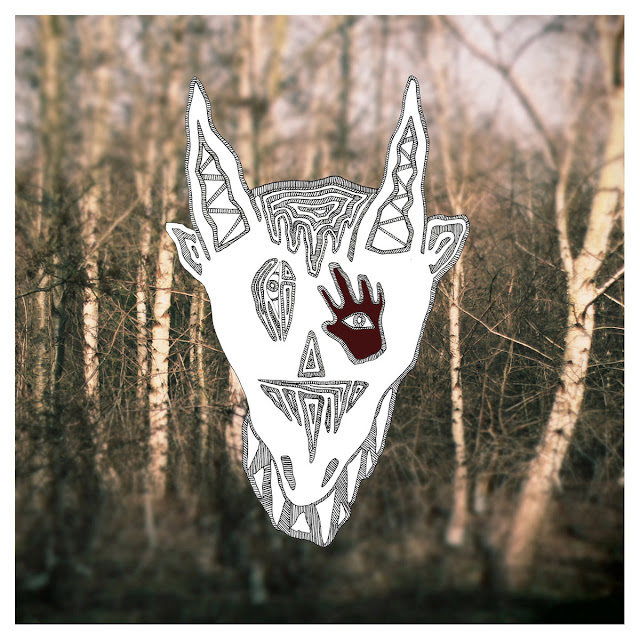 Benjamin Thomas Holton's My Autumn Empire have been around for a wee while now, as I'm sure a number of you will be aware, but I confess dear reader that this is the first time that their paths have crossed with mine. As such I'm not well placed to comment on how this sits within their discography, but judged entirely on its own merits, this is one of the most intriguing releases that I've heard for quite some time.

Holton cites M.R James shadow people as an influence on the songs contained with "Dreams of Death..." (chillingly so on "Black Shape"), as well as the works of Robert Aickman. “The idea for this album first came about sometime during winter as I was reading Robert Aickman shorts late into the night. In ‘The Fetch’ especially, it was the eeriness of the familiar yet slightly obscured surroundings that lull you into a false sense of security - a feeling like all of this could fix itself - before the inevitable disturbing happening knocks you completely off guard” Holton explains in the album's press release.

You're probably expecting this to come across as some sort of spooky Hauntology release from what you've read here so far, and while there is certainly some shared ground texturally and thematically, this is a much more organic, folk-rooted release than anything you're ever likely to see released on the Ghost Box label. Every song on "Dreams of Death.." could be stripped down to acoustic guitar and vocal only and retain its chilling atmosphere, but it's the attention to finer, textural details that really makes this stand out from its competition.

They all generally start from the same point - well crafted, lyrically compelling songs with an earthy acoustic guitar accompaniment, but from there they take some very interesting stylistic detours. Holton has a great ear for vintage synthesizers, and "Dreams of Death..." is absolutely smothered in some of the most gorgeous vintage synth-tones that you'll hear this side of Tangerine Dream. He also has a flair for the dramatic that sees a number of these songs build to unexpectedly furious crescendoes, notably on epic opener "The Following" which comes across as a much more old-world take on the 'computers-in-woodland-clearings' approach that Grandaddy excelled at fifteen odd ears ago. The way that these synths coexist amongst the music's more organic textures is hugely appealling to this listener's ear. Think Floyd's dark 1975-1977 era, with traces of the UK's more progressive alternative rock artists - Radiohead, Doves, Elbow - and you'll have a pretty good idea of what's on offer here.

This is a gorgeous record. Mysterious and laden with memorable imagery, there's a sense of so much more beneath the surface, but at the same time there's an immediacy that ensures a visceral connection with the listener from the very first listen, drawing you further in as its secrets are slowly revealed.

Full stream and digital download are available through the link below, while the vinyl is available here (UK/EU) and here (US).