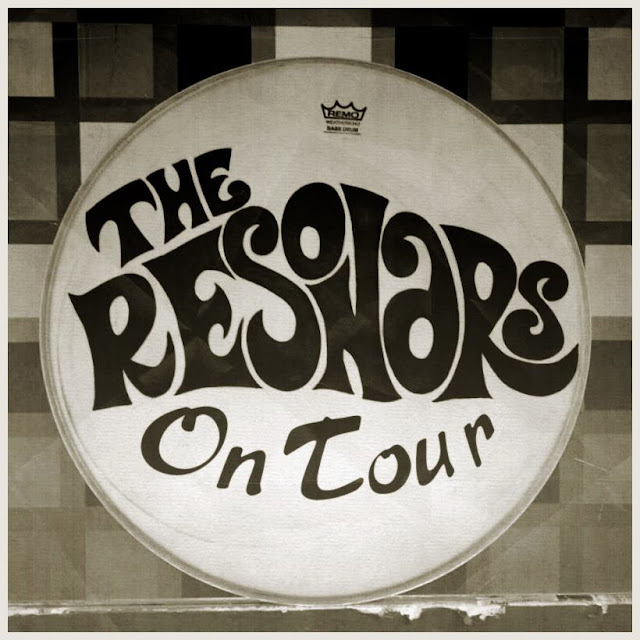 Those who've followed us for any length of time will know that we like to sing the praises of the Resonars whenever the chance arises. Their's is a timeless brand of guitar pop located at a crossroads at the exact midway point between the Who and the Hollies.

For a while it looked like "Crummy Desert Sound" was going to be the last we'd see of the Resonars. Frontman Matt Rendon had made comments that suggested this was so, and was keeping himself busy producing others in his Midtown Island Studio - not to mention immersing himself in last year's excellent Butterscotch Cathedral  project, an album so good that three of our writers were fighting over who would get to cover it.

Then seemingly from nowhere comes the announcement that the Resonars are once again on Matt's agenda, now bolstered by members of another Tucson band much beloved of the Active Listener, the Freezing Hands.

While we await the fruits of this particular collaboration, here's something that caught us unawares last year and that you may well have missed too. "The Resonars on Tour" is not, as its name implies, one of those shoddy live cash in albums that were prevalent in the sixties, but a full fledged unreleased studio album, recorded between their self titled debut and its eventual follow up "Bright and Dark".

Like its immediate predecessor, it's a decidedly lo-fi affair but it's a step closer to the more polished fare of "Bright and Dark", a logical stepping stone that makes the leap forward between the previously released albums make a lot more sense. The distinctive Resonars sound - the tight vocal harmonies, powerhouse drums and windmilling guitars - gels more effectively here than at any point previously, but there are also fascinating glimpses of the direction the band could have taken, had they accentuated different influences. "Daddy I Think I'm Going Crazy" is lengthier than Matt's normal, concise fare, with West Coast influenced guitar leads and a drum heavy sound that at its moodiest sounds like a cross between very early Grateful Dead and the Paupers.

And between the more experimental moments it's apparent that Matt's knack for plucking perfect three minute pop songs out of his hat is already well established, perfectly channeling jangly guitars, huge choruses and garage punk aggression into irresistible gem after irresistable gem.

Who knew that this archival gem even existed? And why were the majority of these songs shelved and not revisited on future releases? Sure we could find out right from the horse's mouth - Matt's an approachable guy - but the element of mystery adds an extra layer of appeal to this most unanticipated gift, and a gift it is.

Keep an eye on The Resonars Facebook page for recording updates, but in the meantime this is a more than satisfactory fix.