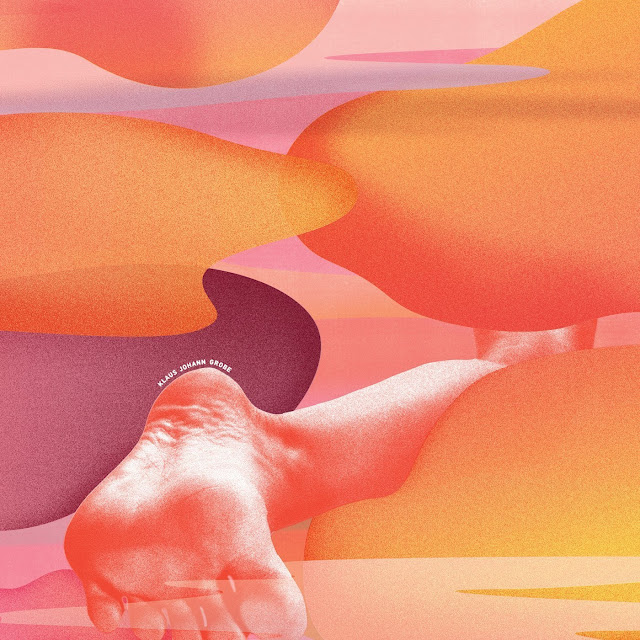 Toward the end of 2015 Klaus Johann Grobe grabbed my attention with a 7” that they released on Trouble In Mind Records. It was a slick throwback to the Krautrock of the 70s and 80s that also smacked of more-recent sounds and influences. It was a lot of fun and whetted my appetite for a more-substantial release, a full length that I could sink my teeth into.

Half a year later, and here they come with that long player. I am all ears!

“Ein Guter Tag” opens the proceedings with an insistent bass line and stuttering drums that get the head nodding. Then, after not too long, the synths wash over you. But that same bass/drum part continues throughout the song—an insistent rhythm that is somehow simultaneously robotic and human.

“Wo Sind” follows, its rhythmic synthesizer riff, sounding like James Brown sat down at a Fairlight: hitting it hard on the one. “Pure Fantiosie” sounds almost like it was written for Latetia Sadier to sing. Short vocal phrases punctuate the rhythms and slide between the Farfisa organ and synth riffs, like they are all pieces of the same puzzle.

“Heut Abend nur” slows things down a bit… almost the ballad of the record. No drums at all, and the vocals come as close as they ever do to crooning here. Which isn’t too close, but it’s something!

Look, this is a Krautrock record, plain and simple, with lush synthscapes and droning German-language vocals. And, while I have heard enough of the genre to know that the obvious influences are all at play: Can, Kraftwerk, Stereolab, Neu!, etc, I am not a Krautrock expert, so it would be folly for me to get too far into dissecting all of those.

From my vantage, however, what I am pulling from it all is the strong funk influence, with danceable, human rhythms emerging from spacy soundscapes. It’s a sound that’s simultaneously engaging and relaxing— the ideal music for an opium den on Mars, or an underwater dance club.

There is a lot of soundscape here, which means that it takes a couple of listens for the songs to really emerge and infiltrate your consciousness; it’s a sneaky record, that way. But once you get a couple of hits, it’s like that opium den – you’re addicted. I am loving this record and looking forward to hearing what Klaus Johann Grobe have in store for their next act.