Dodson & Fogg "After The Fall" 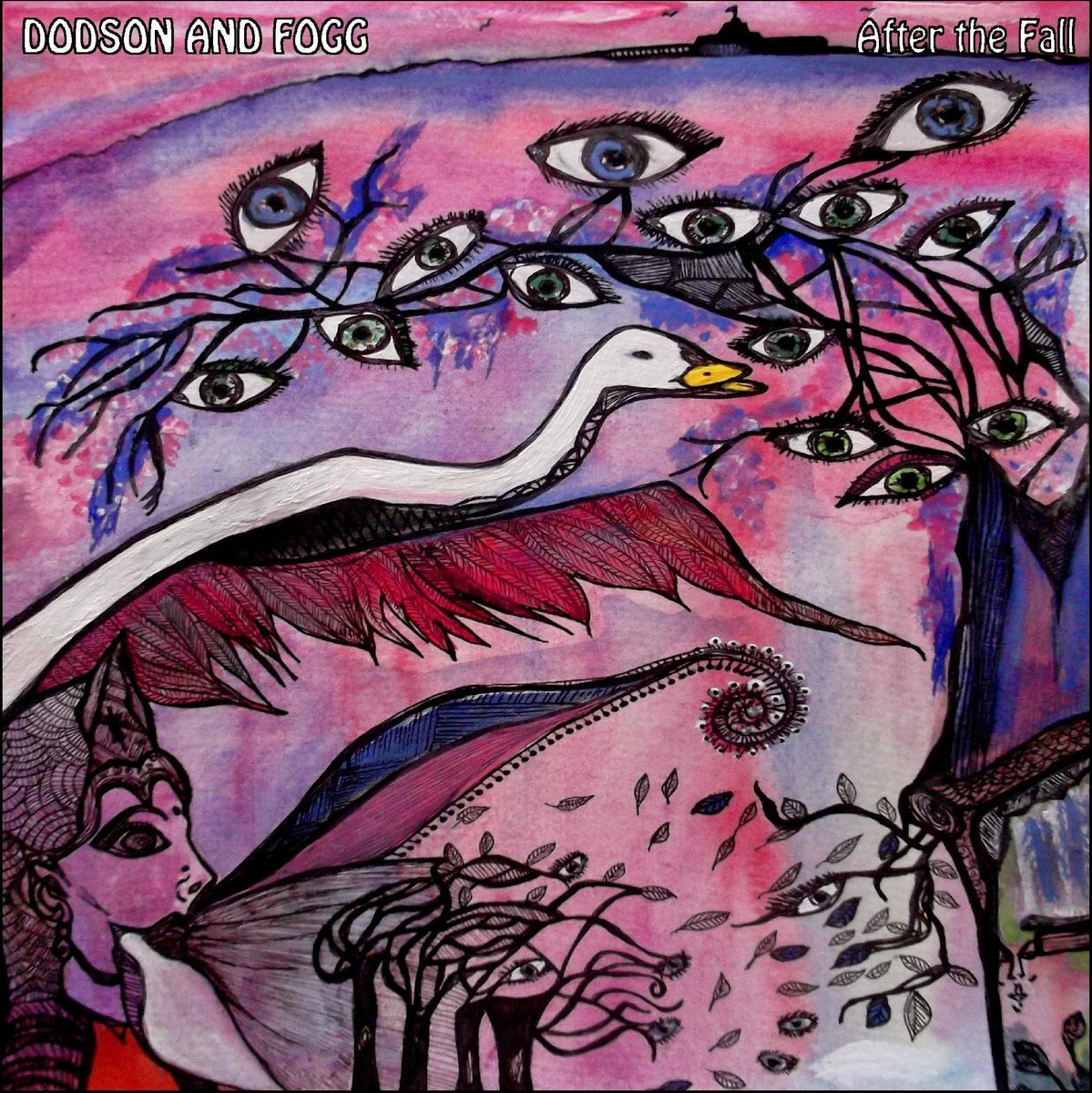 Reviewed By Grey Malkin (The Hare & The Moon)

Incredibly this is already Dodson And Fogg’s fifth album proper. Mainstay and Dodson kingpin Chris Wade is a one man song generator make no mistake; however it is the sheer quality of his output (The cream of which can be sampled on The Active Listener Introduces Dodson & Fogg), that truly impresses. In just under three years Dodson And Fogg have amassed a back catalogue of jewels and diamonds that most bands would spend a career trying to build and scrape together. "After The Fall" more than ably adds to this treasure chest.

Whilst the title of "After The Fall" might conjure up images of Dante and apocalyptic landscapes, the album itself feels and sounds more akin to a late summer evening, both in its hazy warmth and in its nostalgic glow. Accordingly, the album begins in bucolic fashion with "You’re An Island", Scarlet Rivera (best known for her work on Dylan’s "Desire") allowing her violin to gently weave a spell around Wade’s insistent acoustic guitar and slightly sinister vocals, tabla allowing the song to drift on a Barrett-esque haze of smoke and sitar. "Sweet Lily Rose" evokes the Kinks at their most Village Green, its Sunday afternoon atmospherics providing comfort in swathes of deeply English nostalgia. "In Your Own Fine Way" is a gentle yet persistent piece of pop perfection, both melodic and melancholy. Mellow Candle legend Alison O'Donnell’s timeless vocals add a dreamlike and wistful edge to affairs whilst special mention must go to Wade’s guitar playing on both this and the album as a whole. Spare, stark and powerful (and at times evocative of the playing of both Luke Haines and T Rex), there are no pointless or overcooked solos here. Rather, Wade’s guitar lines elevate the songs and add yet more melody onto tracks that are already brimful of hooks and harmony. "Lord Above" is a case in point; a slow glam guitar stomp speeds up at the close of the song to an invigorating Black Sabbath-esque jig, transforming the whole mood of the piece. Keeping with the late summer feel "Here in the Night"s minor key acoustic reflection adds a psychedelic ‘end of summer’ sadness to affairs.

"Life’s Life" is more urgent; handclaps and an almost Spanish guitar propelling the song along in "Forever Changes" fashion. Indeed there is an Arthur Lee tinge to arrangements here, which is most welcome; however the sound itself is pure Dodson And Fogg, whose extensive back catalogue has built up a solid identity of their own. That said, for new listeners, key reference points could be said to include The Auteurs, Julian Cope (in vision at least), Paul Roland's more baroque and acoustic forays and classic Ray Davies. However most of all, this is the sound of Chris Wade, whose vision and intensely prolific song writing must surely mark him out as one of the UK’s most creative and crucial artists.

"Careless Man" is a blues hued Doors style number; a hint of Americana in the green and pleasant Englishness of the rest of the album with Celia Humphris (from 70s acid folk giants Trees) adding whispered and edgy vocals. When the guitar break comes it sounds like it has arrived straight from the waking dreams of Neil Young, with echoes of "Bad Reputation" era Thin Lizzy. "Must Be Going Crazy":, with its tales of solo games of chess in the dark, is a skewed and off kilter paean to a more fried and frazzled state of mind. It’s at once sad, sinister and surreally humorous, much like a lot of Dodson’s music. "Hiding From The Light" is pure psychedelia, floating on chanted vocals and threatening fuzz guitar. The stone cold classic on this album (in this writer’s humble opinion), it shifts from laconically laidback to full on attack in its distorted guitar screams and rising sense of panic. In contrast "Just Wondering"s delicate descending piano notes and Alison O'Donnell's backing vocals are more acid folk than acid freakout, although there is a suitably (again) Thin Lizzy styled coda which is genuinely thrilling. Finally, "After The Fall" is a widescreen epic of a song, thundering tabla propelling the eerie lead guitar and the ominous chorus through the looking glass into a world or wonderland of Dodson’s own devising.

Who else is making music this original, timeless and adventurous? Certainly not your Q magazine cover merchants; arguably the Mojo front pagers but they are mostly retired and gone. Dodson And Fogg are a one man psychedelic renaissance, a creative coup d'état who criminally is not yet receiving the attention that music of this calibre and care deserves. You can remedy this; you know what you need to do: spread the word.