Following on from my Siamese Dream post earlier in the week, here's my track by track analysis of the bonus tracks on disc two of the Gish reissue as promised.

1.    Starla (2011 mix) - a nice new mix of this which accentuates the spacy nature of the verse guitars.
2.    Siva (Peel session) - as previously found on the Peel Session E.P - a very solid live version.
3.    Honeyspider (Reel Time demos / 2011 mix) - a much nicer mix than the one which has circulated previously amongst fans. For those that haven't heard it, this is the Pumpkins at their most shoegazy and psychedelic.
4.    Hippy Trippy (Crush Music Box demo) - a very nice fully formed demo - lots of effects.
5.    Snail (live radio performance) - a good performance but not a great recording with poor separation between instruments and vocals at times very low.
6.    Plume (2011 mix) - an excellent new mix of this - much punchier guitars and a lot more bottom end.
7.    Bury Me (Reel Time demos / 2011 mix) - pretty good again with more lead guitar than the album version and a trippy effect on Billy's vocal during the ''bury me in love '' part which makes you question what you've just heard.
8.    Daydream (Old House demo) - Billy's original vocal demo is superior to the album version. This version almost makes it sound like one of Billy's acoustic Adore era b-sides.
9.    Tristessa (Sub Pop single / 2011 mix) - another nice punchy remix. 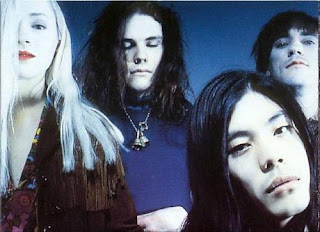 10.   Girl Named Sandoz (Peel session) - a great cover certainly, but presumably it'll be on Pisces Iscariot's reissue as well so I'm not sure why we need it here.
11.   Jesus Is The Sun (Apartment demo) - a nice enough demo of this quiet song which certainly would have seemed out of place on Gish, but is nice to have here.
12.   Blue (Gish sessions demo) - a very nice demo with acoustic guitar, bass, vocal and some sort of hand percussion - an excellent alternative to the album version.
13.   Smiley (Gish sessions demo) - the same instrumentation as Blue and again really nice.
14.   I Am One (Reel Time demos / 2011 mix) - an almost identical arrangement to the later released version - Billy's vocals gained a lot of confidence between this take and the recording of the Gish version.
15.   Seam (Suffer / Apartment demo) - another excellent acoustic demo, with some nice exotic percussion and an unexpectedly trippy backwards guitar section. A highlight.
16.   La Dolly Vita (2011 mix) - another nice mix, but really not too different to the released version.
17.   Pulseczar (Gish sessions demo) - same as the previously released version.
18.   Drown (alternate guitar solo) - same mix as the original version until the guitar solo comes in. This alternate solo has a similar approach to the original but I think I prefer it. The rhythm section are also mixed a bit higher throughout the solo than on the original version which helps the song keep it's shape a little better.

So overall not as many surprises as the Siamese Dream bonus disc, but more consistent overall. I would have liked to see tracks like Jennifer Ever, Jackie Blue, Not Worth Asking and some of the otherwise unreleased Reel Time tracks on here, but hopefully they'll still make it onto the Pisces reissue.