The No Men - Escape Reality With The No Men Review 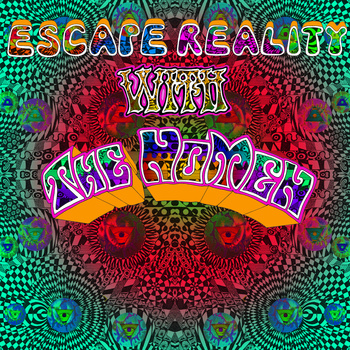 The No Men live by the maxim of "Knock 'em out fast, they're not meant to last" (which they mean - this is their sixth release of the year).
Bearing this in mind, you'd be forgiven for expecting a lot of "Escape Reality" to be a bit crap.
But crap it is not - these Scottish gents live and breathe music, and it shows.
When not recording (and presumably doing the day job) the No Men host an often brilliant regular mixcloud radio show which those of even the broadest tastes would consider esoteric and varied.
And their approach to making music is equally enthusiastic and adventurous.
Broadly speaking this is their psychedelic rock album, but don't let an image form in your mind of what this is going to sound like just yet, because these No Men don't play by the established rules at all. I mean what's the deal with these deft acoustic folk interludes? And what do you mean the drummer's playing guitar on them? And what do you think you're doing putting a motorik synth pop anthem (R-A-D-I-O) with a guest appearance from what appears to be a troupe of Cylons directly after a sweet piece of sixties harmony pop (Hey Pretty Girl)?
That's right, the No Men live in a world where psychedelia is more an attitude than a style, so expect to hear slow Sabbathesque riffery (Dark Sundays), spaghetti western via Duane Eddy (Theme From Twang), trippy folk (Me & Mystic NoMan) and a particularly brilliant Doctor Who rewrite (Superhero).
You get the idea - the No Men have a hell of a lot of fun doing their thing - and if you've got broad enough musical tastes you're going to have just as much fun as they did making it - just don't try and guess what's going to happen next!
Oh, and I should probably mention that the CD version looks and sounds brilliant and includes a bonus disc with another ten songs from the same sessions which includes covers of tracks by My Solid Ground and Gong.
You should probably buy this now (which you can do through the link below) before the lads work out that 5.99 is a ridiculous bargain. Go!