The Best Reissues & Compilations of 2012 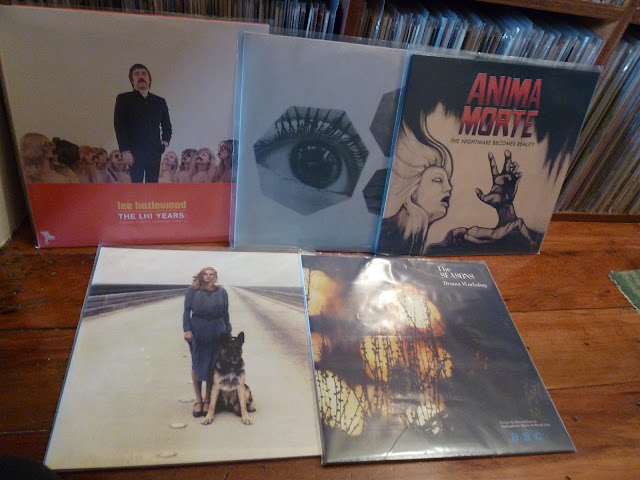 It's been a top year for reissues and compilations this year - so much so that I've had to stretch my top ten of the year to include twelve titles, and some great titles still miss out.
With no further ado then : 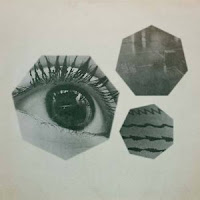 11. Pye Corner Audio - The Black Mill Tapes Vol. 1 & 2
An excellent vinyl compilation of the first two Pye Corner Audio albums, originally released on cassette only.
This is pretty much the musical equivalent of M.R James "Whistle & I'll Come to You" passed through a filter of early seventies analogue electronica. Terrifying, desolate and frequently beautiful stuff which you need to hear!

Whatever you have to say about Billy Corgan, there's no denying he was on a creative roll in the early to mid nineties and this deluxe reissue proves that even the stuff left on the cutting room floor was better than most bands of the era were releasing as singles. Add to that a reproduction of the band's first demo cassette originally sold at shows in the late eighties and a DVD with a revealing performance from a 1988 cable broadcast and you've got an essential and diverse representation of their early years which is every bit as listenable throughout as the reissues of their more championed albums "Gish" and "Siamese Dream".

9. Anima Morte - The Nightmare Becomes Reality
This fabulous Swedish outfit are in total thrall to the works of Goblin and Fabio Frizzi. Good lads. What differentiates these guys from others on the current retro horror scene is the comparative lack of synthesizer - mostly replaced here with plenty of mellotron, organ and guitar work. Kind of like Opeth scoring a zombie film. Now reissued on vinyl which sounds absolutely tops.

8. David Cain, Ronald Duncan & The BBC Radiophonic Workshop - The Seasons
What's not to love about this set of creepy pagan poetry accompanied by weird dissonant proto electronica? Oh, and did I mention that this was originally released for English primary school to use for interpretive dance in the early seventies? Timeless stuff for those of a certain age, even if David Cain's recital does occasionally sound like Monty Python's Michael Palin.

7. The Owl Service - The Garland Sessions
When "A Garland of Song" was released back in 2007 it was widely proclaimed to be the saviour of English folk music (at least by those who heard it). Despite this, it turns out that Owl Service head honcho Stephen Collins was never satisfied with it for one reason or another. He's set about remixing, rerecording and generally retweaking the whole project, and the resulting album is a marvel, improving immeasurably on an album that I'd previously thought of as perfect.

6. Weirdlore
The folks at Folk Police Recordings do a sterling job of separating the wheat from the chaff in the current crop of folk music, and this fine release highlights artists at the wyrd end of the spectrum nicely. Psychedelia, pagan tree worship and more - the adventurous spirit of the Incredible String Band lives on!

Light in the Attic do an exemplary job of highlighting semi forgotten artists, or in this case work from an underappreciated period of a well known and respected artist. Focussing on the work Hazlewood produced in Sweden in the early seventies, this is a perfect example of how a well selected and sequenced selection can completely change one's appreciation of an era. Easily as essential as any of his sixties output.

4. Fabio Frizzi - The Beyond

Frizzi's most famous score gets the vinyl reissue treatment here from the otherwise unknown            label. Great job they've done too, with an evocative sleeve and excellent production values. The score itself is all spooky piano parts, psychedelia and sampled choral weirdness - recommended!

3. The Green Pajamas - Summer of Lust

The first official CD release for this previously cassette only album from 1985, this is full of ramshackle lo-fi charm. One of the best neo-psychedelic bands of the eighties (and still going strong today), the Green Pajamas were at their most psychedelic on their early work and this is quality all the way through, belying the fact that it was mostly recorded in one of the band members attics. Kudos to Green Monkey Records for the work they're doing reissuing these important early G.P albums.

The Death Waltz Recording Company label have done a fantastic job this year of producing high quality, in demand vinyl only reissues of some of the best horror soundtracks you've ever or never heard. The scores for the second and third "Halloween" films are the pinnacle of their achievements so far - immaculately presented, lovely heavy pressings and fabulous sound quality. Not to mention that the scores themselves are absolutely killer pieces of synthwork. And there's a lot more interesting stuff to come from this label in the new year.

The success of the "Searching For Sugarman" film is one of the most heartwarming stories of the year. While the soundtrack is certainly no substitute for the two albums which are both necessary purchases, the fact that the albums and now the soundtrack are easily available and selling in large quantities to regular non record-collecting folks proves that it's never too late for great music to find an audience. Now, here's hoping he starts writing some new material!