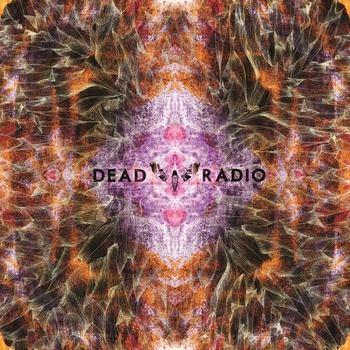 I first came across Sydney based psychedelicists Dead Radio when they sent me their track "Scotch" to include on the Second Active Listener Psychedelic Sampler (here). It's a top track, but there's even better to be found here on their debut four track E.P.
'Scotch" is present of course and sounds even better in it's intended surroundings, but it's three companions here accentuate all the things that make "Scotch" great, while adding even more memorable hooks.
Opener "Moon Over Dakota" sets the basic template for the Dead Radio sound, a combination of late sixties anti rock swagger that leads back to the Velvet Underground mixed with the hooks and production style of more recent alternative neo-psychedelia.
Each song is an epic in it's own right with layers upon layers building to huge and often beautiful crescendos, that peak then fade in a clamour of reverb.
The guitars often sound like they're transmissions beamed in from outer space, or emanating from underwater at times. Vocals are hazy and dream-like with memorable melodies that will stick with you even if the lyrics aren't always clear.
Beautifully produced, with intricate, effects-laden production, I get the impression that this is the sound a lot of nineties neo-psychedelic acts were aiming for, and Dead Radio have captured it seemingly first try. Impressive.
Stream, download, or buy the CD here :