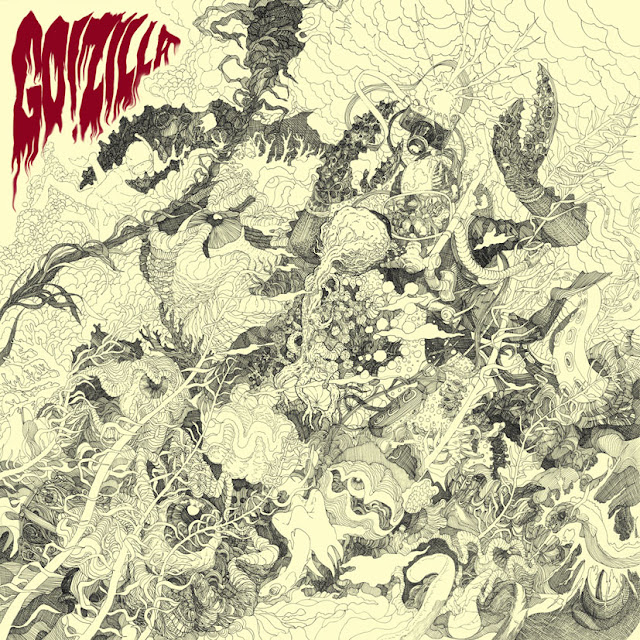 While I'll freely admit I'm not a big admirer of the White Stripes - Jack White in particular, I'll certainly consent that they've played a major role in making the two-piece rock band a viable commercial entity.
Before Jack White donned his first red bodysuit the two-piece rock outfit seemed to be the sole dominion of weirdos and eccentrics. Bands like Silver Apples and Sparks may have been critically acclaimed (and rightly so) but there's no denying that today's two-pieces have far more commercial clout - look at the Black Keys.
This brings us to Go!Zilla, a young two-piece from beautiful Firenze who make visceral garage rock that suggests an alternate universe where the pop / punk likes of the Hives weren't given the opportunity to dilute the genre.
Instead Go!Zilla tread the beaten path of the likes of Mudhoney with the odd detour into Link Wray and even Michael Yonkers territory.
Opener and hallmark track "I'm Bleeding" introduces their manifesto ; drums beaten with wild abandon with plentiful guitar riffs full of string bends smothered in Austin strength layers of reverb.
"Get Me Out of Here" offers a welcome diversion with a slower tempo that allows a more sinister atmosphere to manifest, but mostly this is full throttle rock n roll with "Crimson Skies" recalling the unconventional tunesmithery (is that a word?) of Bleach era Nirvana and "Go!Zilla Surf" adding a whole lot of twang and tumble on a track that's liable to become their theme tune.
Time for a lie down for me.