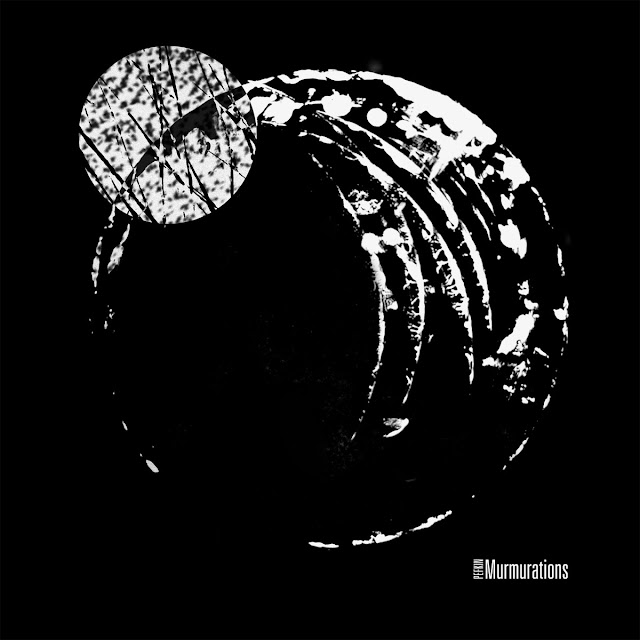 Two beautiful releases from the auspices of the excellent Morc Records label have reached The Active Listener of late; Annelies Monseré unsettling ‘Debris’ and Pefkin’s haunting ‘Murmurations’. Both share a rare quality in that they stand defiantly outside of the bustling, mainstream of life and exist in their own quiet, unique universes. Monseré follows up her sophomore effort with her third album that is a more skeletal and minimal affair than previous, yet with the same brooding presence and steady power that previous releases have wielded. Pefkin (the solo project of Electroscope’s Gayle Brogan who can also be found playing in Barrett’s Dottled Beauty (recently reviewed on these pages) enlists Electroscope’s Phil Cavanagh and Kitchen Cynic’s Alan Davidson to lead the listener through five extended gentle yet otherworldly excursions.

To start with Pefkin, ‘Murmurations’ finds Brogan referencing her ornithological interests and reflecting upon her observations amongst nature. Fittingly then, 'Redshanks' opens the album with the buzz of bowed strings and Brogan's beautiful, unearthly vocals, suggesting dusk upon a deserted landscape, wind curling around the barren horizon and the shapes of wheeling birds. Exploratory slide guitar takes this track into darker, shadowy territory not unlike ‘Saucerful of Secrets’ era Floyd in its vast, cavernous mood. Layered strings and vocals build the track into a buzz of pensive beauty, a truly remarkable opening to an album that continues to be a hugely immersive and affecting listen. 'Phalaropes' is equally gorgeous though distinctly more cosmiche; modular synths whir behind Brogan and drift into vast echoes in space, hints of Popol Vuh and Cluster orbiting around the glorious collage of sound. Next, 'Swallows' enters on waves of analogue synth, Brogan's vocals eerily swooping in and out of the electronics until distant percussion and drums punctuate the landscape. Quite unlike anything else you might hear, Pefkin has created her own soundtrack to the dying of the day, the music that invites the myriad of birds and creatures to awake into the twilight world. 'Jackdaws' reverberating organ intones Suicide-like, an ominous hymnal to the natural world that both captivates and unnerves whilst album closer 'Starlings' is a gorgeous lament framed by piano and violin. A remarkable album and clearly the product of a singular vision, 'Murmurations' needs to be heard. Listening now it can easily be imagined that hearing this album is something akin to what it must have been like hearing Nico's 'Marble Index' when it was released; alien yet curiously familiar, beautiful yet stark, hypnotic yet troubling. A triumph.

Annelies Monseré 'Debris' is a subtly different creature yet shares the same sense of desolate gentleness. Opener 'Wake III' has a solitary piano accompanying Monseré's vocals, a yearning and heart-rending work of quiet despair. 'Are You Going To Leave Me' stirs into view on the hum and throb of echoed guitar, Monseré intoning over the growing swell of shimmering strings. The song's apparent simplicity becomes at once a symphony of heartbreak and defiance, a mesmerizing mass that references Neu as much as My Bloody Valentine. 'Blind/Light' is an organ led slice of melancholic loveliness that builds to a sense of the sacred, Monseré's voice harmonizing with itself and multi layered to provide a chorus of impassioned beauty. The sound of picked strings and harmonium weaves slowly into the second segment of the song, the central motif returning now fully orchestrated and with a significant underlying power and poise. 'Traces' spectral vocals and lonesome waves of strings provide a haunted house of a song; there are ghosts here in very note, every word. Next, 'Sun' is a devastating piano work that shivers into being whilst 'Wake IV' is an album highlight, guitar spidering its way across wraith like keyboards that brings to mind Swan's apocalyptic opus 'Soundtracks For The Blind;' it contains this level of intensity and affect. The album closes with 'Strangers' a folk shanty of a song that lingers long after the final notes have rung out.

Both of these albums are labours of love, creations that undoubtedly come from the artist’s very being. They are then consequently emotive, individual and highly original yet also curiously accessible. There is a keen sense of melody and song craft at work amongst the experimentation on both these releases. Both of these albums cannot come highly recommended enough; haunting, beautiful and unique they demand your attention.

Available now as downloads and on beautifully packaged vinyl through these links: