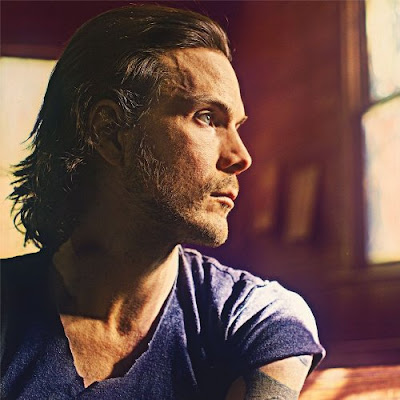 Simone Felice is multi-talented no doubt. When he jumped ship from the Felice Brothers just as they were gaining some major international momentum it was a puzzling move for some. Two solid albums with his new outfit the Duke & The King silenced the doubters pretty quickly, as did a reasonably well received novel.
Now for his first fully fledged solo album it's time for something different again.
Lead off single "You & I Belong" is anthemic and bouncy, with joyous group vocals and sounds like an outtake from the last Duke & The King album, but those hoping for more of this approach may be disappointed.
The majority of this album is a step back to the subdued and often melancholy material of his Felice Brothers days. These types of tracks make a welcome diversion when scattered throughout an album, but don't offer enough variation to make a satisfying album on their own.
There are lots of interesting moments here, but too often the songs sound like they haven't made it past the tentative demo stage, and left to his own devices things start to sound pretty samey by the end of the album. Notable exceptions include opener "Hey Bobby Ray" with it's moody, string laden arrangement and vocal phrasing that unexpectedly resembles Roger Waters, and the stark and beautiful "New York Times".
I'm hoping that there may be more to discover here that will reveal itself over time, but for now this is striking me as an album that needed a few more months work and dare I say it, a little collaboration.
Buy Simone Felice On CD Here Or On Vinyl Here