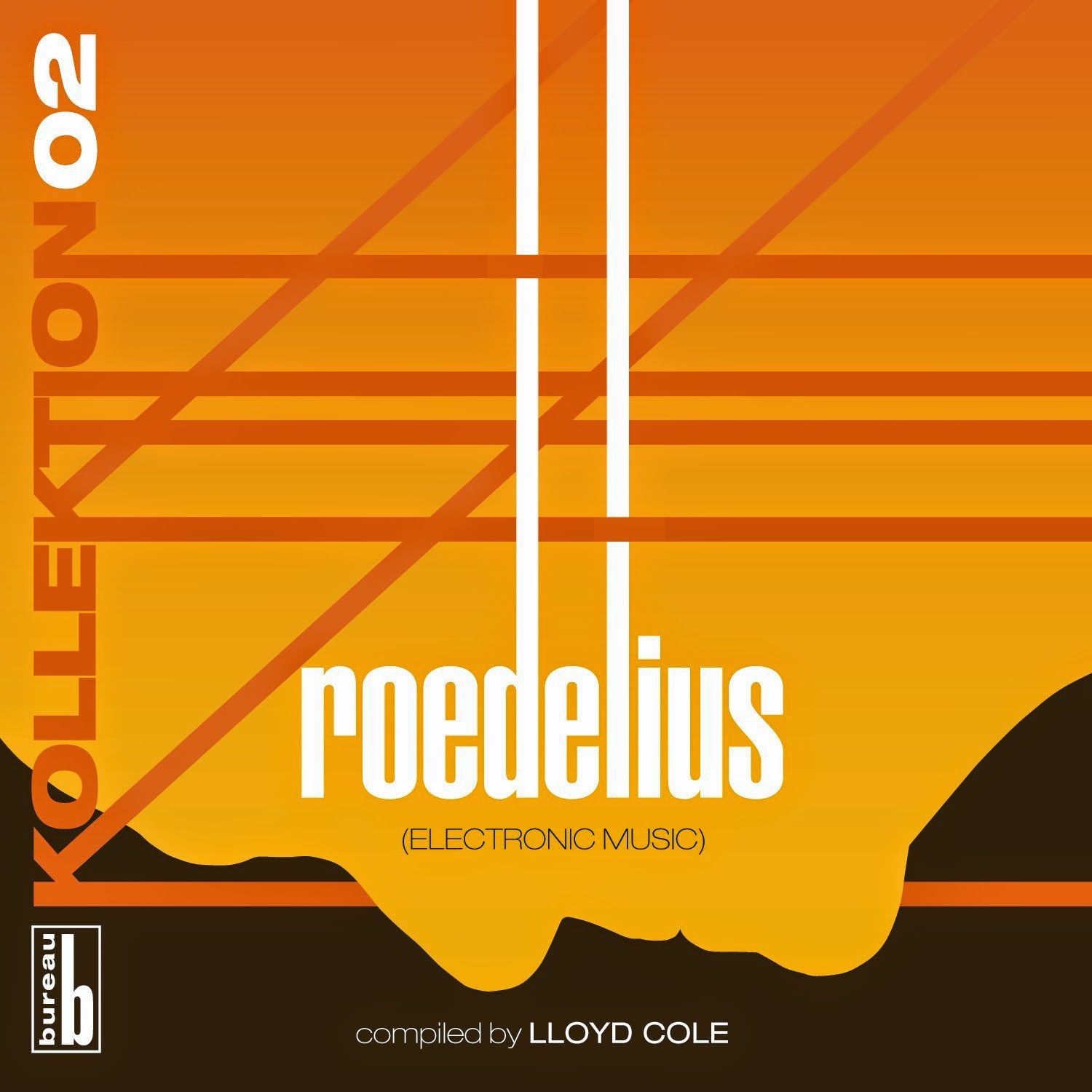 As someone with only a passing awareness of Lloyd Cole's music, I must confess that I'm surprised to hear that he's a rampant synthesizer fancier, and a big fan in particular of the music of Cluster's Hans-Joachim Roedelius (with whom he collaborated on the album "Selected Studies Vol. 1" in 2013). I'm told that Cole also released an excellent electronic album in 2001 called "Plastic Wood" which makes this influence even more explicit.

Bureau B have taken advantage of this obsession and commissioned Cole to select and sequence this immaculate selection of Roedelius's vintage synthesizer music, following up on Tim Gane's excellent Sky Records multi-artist selection from several months ago. It's one of two releases from Bureau B to recognize and celebrate Roedelius' 80th birthday (the other, which I haven't heard, is "Tape Archive 1973-1978"). "Electronic Music" (as this release is known) is pretty great.

Cole credits Roedelius with the melodic sensibility and warmth that made Cluster's music more attainable than a number of their peers, and those qualities are further evidenced by the solo selections chosen here by Cole, who had extensive access to Roedelius' solo archives during the selection process.

It sounds like pretty groundbreaking stuff, even now, with the envelope-pushing likes of Boards of Canada mining similar territory now that evokes wistful and slightly musty nostalgia in the best possible ways. And like all exceptional compilations, it paints an accurate and complete portrait of the artist concerned in a self contained fashion that makes it an ideal representation for those who feel they only need one disc of this stuff, or an excellent starting point for those (like myself) for whom it has instilled a hunger to investigate further.

Essential proto-electronic / kosmische. Hats off to Mr Cole for spreading the word.