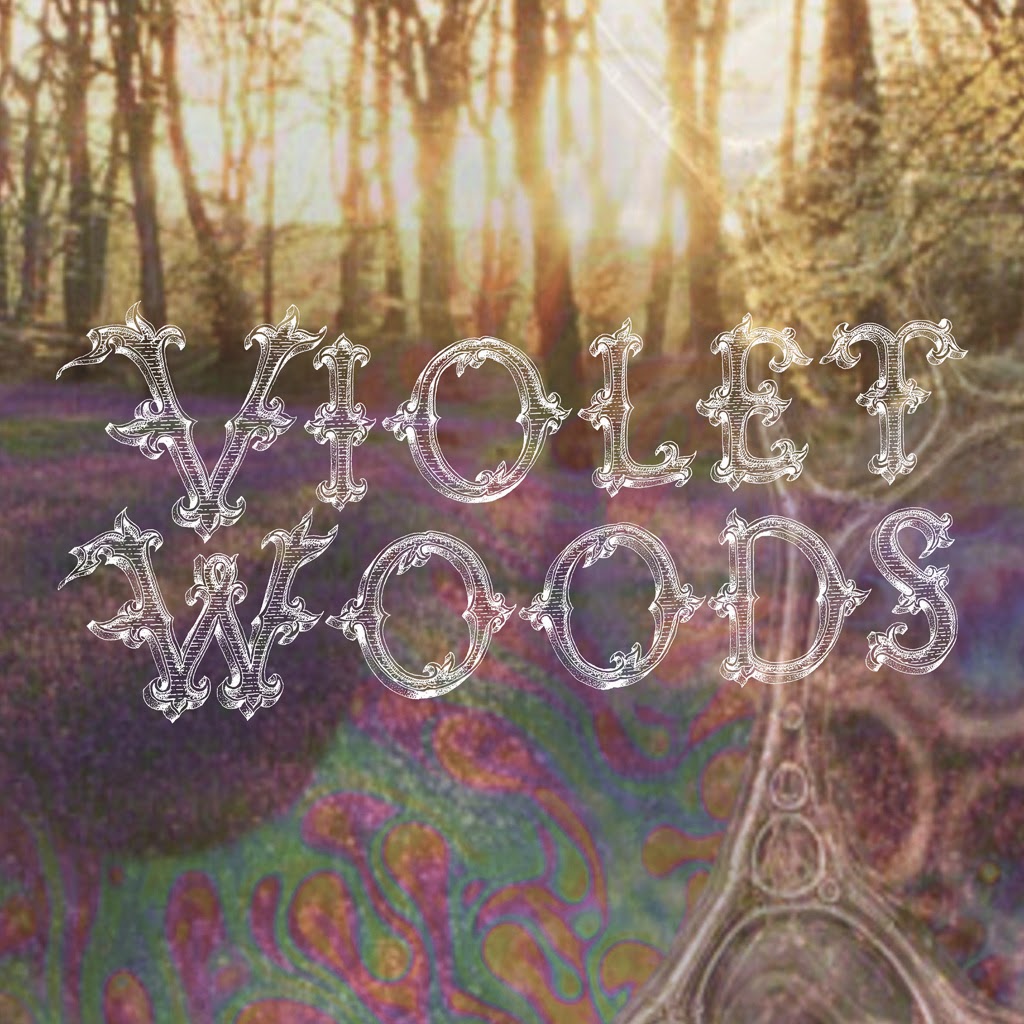 November saw the debut full-length release from Cambridge, UK's Violet Woods. And what a lovely release it is. "Electric Fascination" starts off with a rather ominous keyboard followed by a mysterious twelve-string guitar that slowly spins a musical web around the listener. The vocals are nice - just the right amount of reverb is present to create a beautiful sound without ever going overboard. The song begins to build with some fine guitar playing augmented by just the right tempo from the rhythm section. "Over the Ground" contains some really nice psychedelic flourishes - again, splendid guitar playing with that lovely keyboard bubbling under. By the time the track ends, we have been treated to a fairly intense workout.

Certain sixties influences are very prevalent here along with a little bit of Paisley Underground - but this record still manages to deliver a contemporary and fresh sound. "Here" has a pleasant West-coast feel to it. We are treated to some pretty intricate guitar playing and the backing vocals really are quite pleasant. There's a strange bit of a Deja Vu feeling that I get while listening to this album; I feel as though I already know it - however, that is not to suggest that it is too derivative of its influences - everything is sort of just in the right place; the arrangements work - and they work well.

"The Dancer" is the shortest track on the record and almost feels as though it is a lost classic plucked from the vaults of the sixties. It starts off with a very Byrdsy beginning (always a great thing) and progresses until, quite unexpectedly, the whole band really cuts loose and engages in a full-scale, surprisingly heavy psychedelic freak out.

"Take Your Time" is perhaps the most unassuming track, though no less enjoyable than the others. It really gives the band the opportunity to stretch out a bit. "What I Need" is fantastic; how can they possibly miss with this opening line: "Strolling through the streets of gentrification, wrapped up in a calico coat"? This really reminds me of some of the finest moments of the 80's - that great vibe as much as, if not more than, the music itself. The interplay between the guitar and the keyboards really works and things ultimately swirl into a very pleasant piece.

"Raw Love" was also a single from 2012 and a very nice pop-sike track that will transport you to a happier place. "Driftwood Royalty" probably sticks in my mind more than any other track; it really reminds me of Felt, which is surely a terrific thing.

"The River" is a fitting song to close out the album. The driving drumbeat, the haunting keyboard, subtle yet very effective backing vocals and furious guitar really seem to coalesce into a singular statement from a very promising band. This is an impressive debut, to be certain.