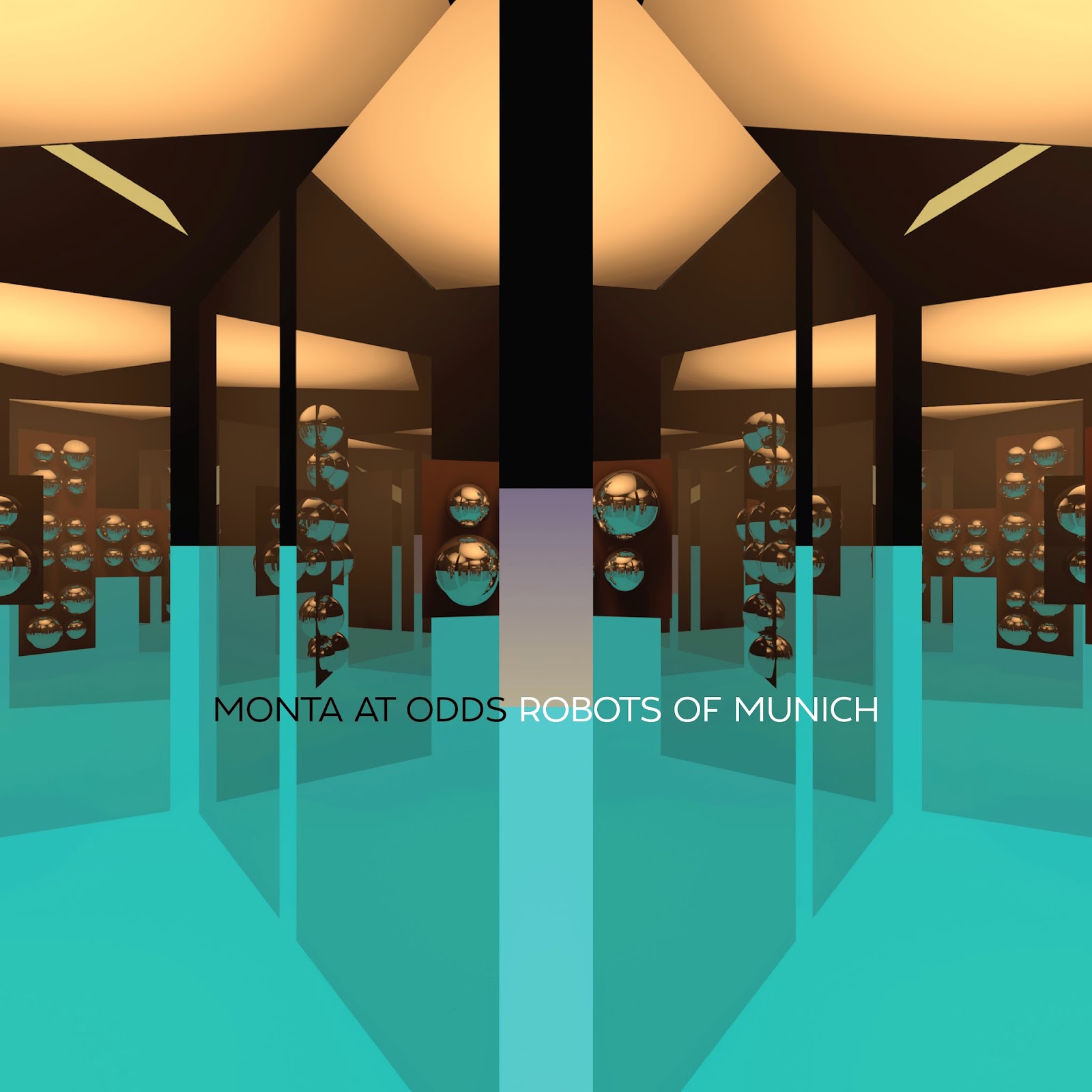 Brothers Dedric and Delaney Moore are fully entrenched in the Kansas City psychedelic scene - they're even involved in the organisation of the KC Psych Fest. With that in mind, you'd perhaps expect their music to tread a fairly traditional psychedelic path, but the latest release from their band Monta At Odds is anything but traditional.

A concept album based on Philip K. Dick's "Do Androids Dream of Electric Sheep?" (the basis for Ridley Scott's "Blade Runner"), "Robots of Munich" is an extremely progressive release. It's very much made in a way that celebrates the essence of psychedelia, without being pinned down into any of the sub-genres that can limit the adventurous approach of that mindset.

Interestingly, the Moore Brothers have another, more synth-orientated band (Gemini Revolution), and their latest release "Synthesize" wears its influence of Vangelis' "Blade Runner" soundtrack very openly on its sleeve, but this more closely related piece of music only touches very briefly on that influence.

"Robots of Munich" certainly does feature Delaney's synthesizer's extensively, but the rhythm section are equally important here, providing a tight, and often quite funky bedrock for the synthesizer's frequent trips into headier territory. Stripped of those synths, some of these tunes could pass for early LCD Soundsystem works. And the cross-genre pollination rears its head again and again here, with the impression being that the band member's wide ranging listening activities have naturally led to this, rather than it being a conscious decision on anyone's part.

This approach makes "Robots of Munich" a unique album, where comparisons can only reveal a small part of the story. Is it psychedelia? Art-pop? Old school electronica? It's all of these things and more, instilled with the adventurous spirit of Bowie's Berlin trilogy, the explorative thrust of early seventies Miles Davis, and the world conquering pop smarts of early eighties Talking Heads.

And you can sample a track from it below, although it's best consumed in its entirety.