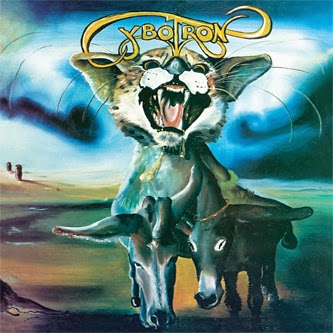 Australian reissue / archival label Dual Planet are going from strength to strength following on from these excellent Radiophonic releases. For an idea of the sort of care that goes into their releases, think Finders Keepers - a label that they've formed a relationship with, and compare favourably to. Their latest batch of releases are a synth lovers dream. The most well-known is the self titled debut from Melbourne based band Cybotron. Originally released in 1976, original pressings routinely go for big bucks on eBay, but this lovely reissue will happily fill the gap on my shelves. Lovers of Berlin-school will already know about this album, and will presumably be reaching for their wallets as we speak. Those who enjoy their Tangerine Dream-isms with a more unpredictable tingle ala Ash-Ra Tempel should do likewise. At the more obscure end of the spectrum we have two synth laden Australian soundtrack releases. Brian May's score for the 1982 video-nasty "Turkey Shoot" is a brooding electronic beast, heavily influenced by contemporary Italian zombie / cannibal cinema. And this is the Brian May who scored "Mad Max", "Patrick" and "The Day After Halloween", not the curly haired Queen gentleman who makes guitars out of mantelpieces. Even more obscure is Andrew Thomas Wilson's score for 1980 nuclear disaster film "The Chain Reaction", another primitive electronic gem which deftly balances anxiety-inducing, Carpenter-esque drone, with driving electro-pop. I'm forever thankful that we find ourselves in a time when obscurities like this are finding their way to our ears.

And while we're talking vintage synth opuses, there's plenty of new stuff around that plays upon the classic-era sounds without descending into parody. The four pronged synthesizer creation known as Gemini Revolution are among the best for those who like their synth sounds to evoke exploding nebula, rather than creeping menaces. Their new album, "Synthesize", is full of lovely ambient moments and sweeping synth washes, juxtaposed nicely with more percussive elements, and recurring melodic motifs with surprisingly sharp hooks. These earworms make themselves known on repeated listens, providing a lure that makes "Synthesize" more than just mood music - although it fits that job description exceptionally too. Perfect for inner traveling or soundtracking that old Philip K. Dick paperback you've been meaning to revisit.

And now for something completely different; Liverpudlian Thomas McConnell has been mentioned favourably in these pages before, and I dare say he will be again. His latest single "Crocodile" sees him moving away a little from his earlier "Abbey Road" fixations into a more seventies influenced direction. There's a big dash of glam, and lashings of ornate E.L.O orchestration to be found here, with numerous hooks which are frankly irresistible (and why would you want to resist them?). It all sounds very much like it should be accompanied by a 1973 Top of the Pops performance, with large sideburns and silver trousers, and is unapologetically chipper, and marvelous. I'm smiling right now, and miserable bugger that I am, I don't do a lot of that. Check out the video here. 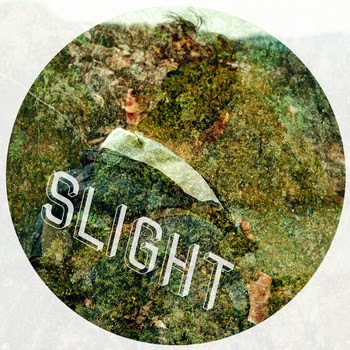 Also excellent is the new double a-side single from Montreal psychedelic art poppers Slight. Their hooky numbers have a great, major-label production sheen to them, and take influence from an esoteric and varied set of sources in a way that reminds me a lot of Metronomy, Field Music and Django Django. This is music very much of that caliber also so it comes as some surprise that they're giving it away free through their Bandcamp page, rather than being plastered all over the independent music papers. Download, spread the word, and help these talented chaps find the success that their songs warrant.

Beaulieu Porch is an old favourite here at the Active Listener, and you're possibly sick of us banging on about them/him. But I'm going to anyway as My Berry keeps getting better, and better. "Golden Face" / "The Carmelita Devine" is a free download (for a limited time) as a taster for an upcoming album, and sees the Porch continuing to expand their sound. While Berry's distinctive, helium-soaked vocals are of course notably present, "Golden Face" sees a move away from "Strawberry Fields" to somewhere more gritty, but still unmistakeably infused with classic psychedelic pop. Bodes well for the coming album.