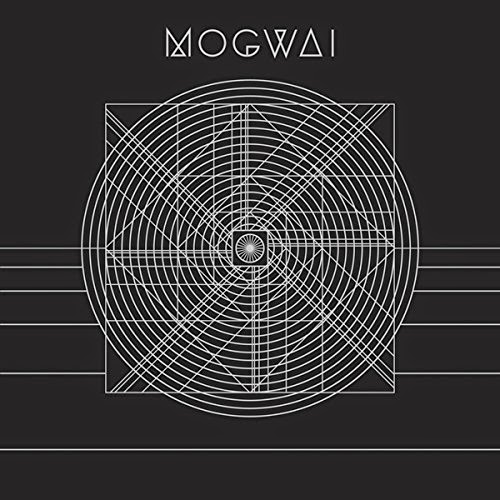 You could piece together an alternate history of Mogwai by focusing solely on their E.Ps. And that history would make them seem like a much more eclectic outfit than studying their albums alone. The Glaswegian post-rock kingpins have long used the E.P format as an outlet for experimentation, as well as a resting place for recent material that doesn't fit the mood or texture of the album sessions it was recorded during.

Which brings us to "Music Industry 3 Fitness Industry 1", a new six track E.P featuring three tracks recorded during the "Rave Tapes" sessions, and three remixes of tracks originally featured on "The Rave Tapes".

Opener and lead single "Teenage Exorcists" will definitely put the cat among the pigeons. Eschewing their normal slow-build mentality, it announces its intentions straight away, hitting full steam within the first ten to fifteen seconds. It's also in possession of perhaps the most straightforward verse/chorus/verse structure that Mogwai have dabbled in over their long history, including a big hooky chorus which suggests that they could still have a few surprises up their collective sleeve if they were to put out a more conventional, vocal-focused album.

"History Day" and "HMP Shaun William Ryder" are much less surprising. Both moody builders, it seems that these were left off of "The Rave Tapes" due to time constraints, rather than a drop in quality or difference in mood to that material.

We all know by now that Mogwai like a good remix, in all fairness, probably more than their fans do. Which means that enjoyment of these last three tracks is entirely dependent on the flexibility of the listener. Blanck Mass's remix is a little too much of a Prodigy-style banga for me to fully surrender to, but Pye Corner Audio and Nils Frahm acquit themselves particularly well. Martin Jenkins A.K.A Pye Corner Audio (who toured as an opening act for Mogwai recently) does particularly well, stripping "No Medicine For Regret" back to a ghostly, skeletal state which suggests that a full blown collaborative effort could be a particularly rewarding experience.

This is a really nice companion piece to "The Rave Tapes". I'm aware that there are a number of people out there who feel that the band have been treading water, and recycling ideas of late. While I'd posit that those listeners haven't really been paying attention, a quick listen to this may be all that's required to get them to start a process of reevaluation.