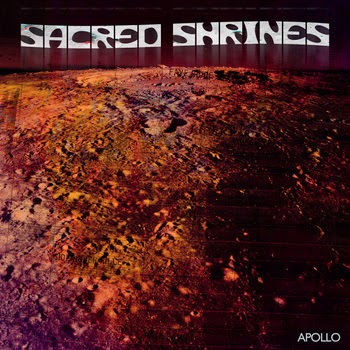 Brisbane based psychedelic rockers Sacred Shrines released their debut double a-side "Apollo" / "Hung Up On Your Wall" earlier on this year, with the heavy rocking "Apollo" getting the cover credit and presumably the lion's share of the attention. Much more interesting to these ears, is "Hung Up On Your Wall", a melancholy slice of melodic, jangly folk-rock, with a distinctly lysergic tinge. Sacred Shrines have just released an excellent, kaleidoscopic video clip to accompany "Hung Up On Your Wall", with its paisley visuals proving a perfect match for the tune. It'll be interesting to see which of these two extremes the band pursue now. I'm hoping that the band's decision to invest in this video can be viewed as a signpost for future efforts.

It's a bit of a mystery why obscure 1950's big band crooner Johnny Arcesia decided to have a crack at the psychedelic market during its dying days, but he did just that with his 1972 album "Reachin". Urban legend has it that Arcesia had become obsessed with L.S.D and that this album was recorded under its influence, although that theory has been largely debunked. Upon listening it becomes clear why folks would presume this to be true however. It's a pretty bizarre experience. His faceless band shine, but are largely overshadowed by one of the most individual vocal performances I've ever heard. Fans of Scott Walker's more abrasive vocal gymnastics will feel right at home here, but the squeamish need not apply. I'm still unsure as to whether it's a work of near-genius or one of the worst things I've ever heard, but it is certain to elicit an extremely strong reaction one way or the other. Guerssen have just released a vinyl reissue for those who wish to add it to their 'Incredibly Strange Music' collection.

Next up is a new release from Active Listener contributor Grey Malkin, with a collaborative effort between the Hare & The Moon, and dark French neo-folk songwriter Kentin Jivek. "The Haunted Cabaret" sounds every bit like that title would lead you to believe, starting out with a spooked carnival instrumental before Jivek's moody vocals take centre stage. Hare & The Moon fans might be a little surprised by what they hear here. There's little in the way of neo-folk to be found, but those with a penchant for undead cabaret will certainly enjoy this. Keep an eye on their facebook pages (linked above) for an imminent release. 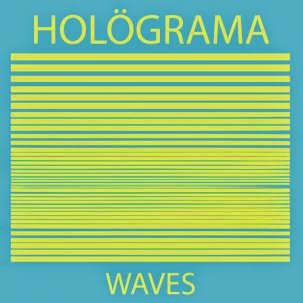 Trouble in Mind are one of our favourite labels, and they've got a couple of things that I don't have time to cover in a lengthy fashion which you will, nonetheless, want to spend a great deal of time with. First up is Spanish artist Fancisco Borjra who records under the name of Holögrama. His debut "Waves" has just been released and it certainly doesn't sound like the work of just one man, unless that man were to have a few extra pairs of arms. It's trippy, electronic based psychedelia with insistent Krauty rhythms that allow him to open his third eye and explore uncharted realms in a face melting fashion which also manage to incorporate extremely catchy OMD style electro-pop.  Try this on for size.

Also new on Trouble in Mind is the self titled album from Ultimate Painting. Made up of Jack Cooper of Mazes & James Hoare of Veronica Falls, Ultimate Painting kick off their debut with a self titled track (remember when bands used to do that?) which does the Velvet Underground's "Loaded" better than the Velvet Underground did. It's a master class of spontaneous sounding vintage indie guitar pop from there with flashes of Television and Flying Nun, extremely likeable songs, and hints of an excellent record collection. Pretty great. As evidenced below.