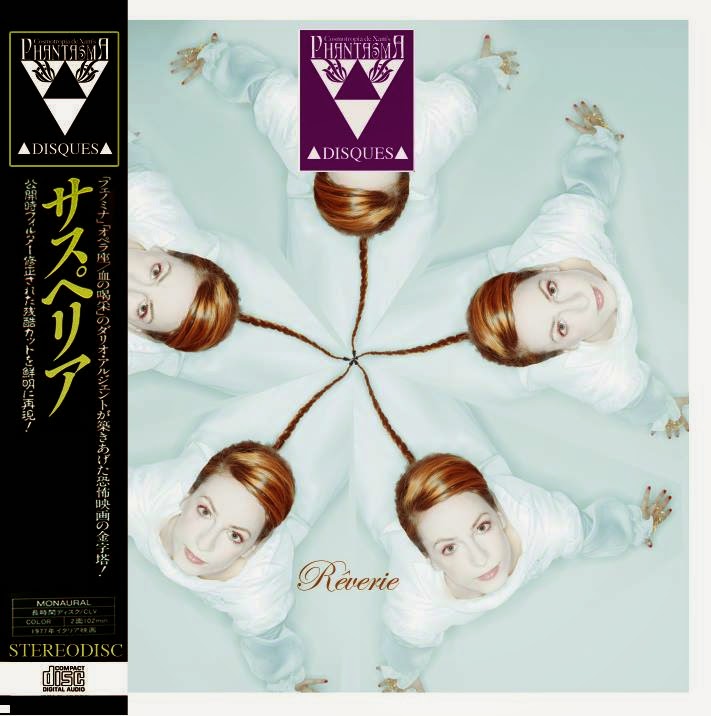 Amenità (the alias of composer vocalist Marie Gold) has been working her dark magic around the fringes of electronica for the last few years, casting musical spells that might fall under the of genre of witchhouse (her label Phantasmadisques favoured genre) but are also equal parts hauntology and glistening 4AD styled purple psychedelic pop in the vein of mid 80s Siouxsie And The Banshees and the spectral This Mortal Coil.

Album opener 'Partita Lacrimosa' is a midnight black analogue hum of whispered vocals and twinkling black cascades of chimes and bells, synthetic howls gradually devouring the track leaving only the wind and a spiralling guitar line. This is the Banshees' 'Kiss in the Dreamhouse' meets the haunted electronic church choir of experimental acts such as Joseph Curwen or Coil. 'The Quiet Death's percussive tolling evokes an almost processionary rhythm, giving the track a ritualistic and dread filled air. This is soundtrack music for nightmares and night terrors, yet it is also curiously beautiful and utterly bewitching. Gold's vocals end the track as electronic slabs of doom and harpy howls echo and fade around her. ‘Rêverie’ is a gothic hymnal; layered vocals waterfall over plucked strings and distorted synths; think Miranda Sex garden meets Time Machines era Coil. Yet this music remains utterly original, it is Gold’s own distinct vision. 'Lover's Grief' is a wintery lament, ice cold and ghostlike in its reverberated slabs of keyboard menace and folk balladry. Fans of Chris and Cosey, X-TG and Dead Can Dance will find much to love here. This is not easy music, but it has no pretence to be. Instead this is a layered, textured and finely composed electronic choral symphony. It disturbs, it delights and it confounds; there are plentiful dark corners and shadows for sounds to emerge and take refuge in. Yet it is never anything other than enchanting; this music has a cold, doomed beauty of its own and is fairytale like in its unfolding atmosphere and otherworldliness. 'Hauntingly Beautiful' is indeed just that; pristine waves of Marie's vocals lapping across an electronic tideline, evocative and magical in its wraith like charm. 'Invoking Kali' is a chanted, backward loop, an unsettling choral piece. Yet this too becomes something hypnotic, entrancing and alluring. 'Distorted Memory' opens with a fractured musical box, echoes of something monstrous interrupting its off kilter chimes. Gold's harmonies enter as the music box wildly loops; a haunted house of a song. ‘Amaterasu' is a shimmering, silvery slice of analogue feedback and priestess like vocals, an incantation to the night. A single, repeated bell wanders through the darkness, the chant receding. It is breathtaking, an utterly chilling and gorgeous moment. A remix of ‘Rêverie’ ends the album displaying in its new form quite a different song indeed, a sonic cathedral made of Gold's voice, backwards loops and electronic glitches.

Truly unique and quite unlike anything else you will hear, Amenità has created a dark kaleidoscopic treasure of an album. Uneasy listening perhaps but also essential, this album takes experimental electronica into an entirely different realm, one of fairy tales and folklore. This is moon music, just right for these black, winter evenings.