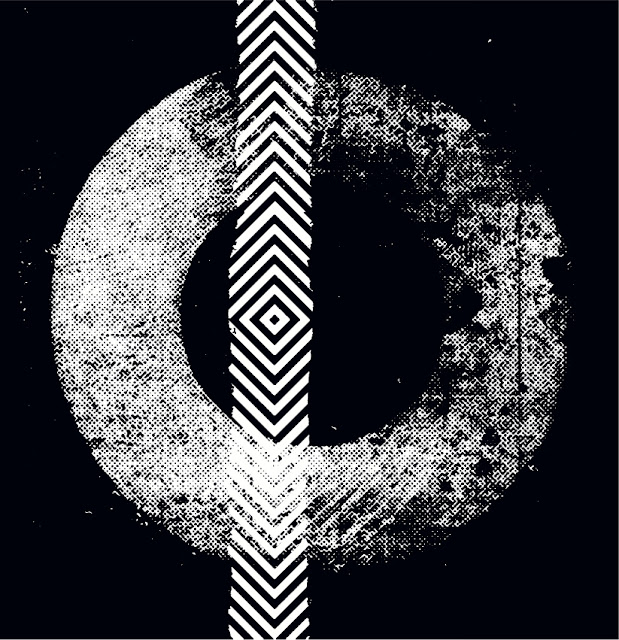 Porto, Portugal’s 10000 Russos (pronounced “dez mil russos”) are Fuzz Club Records' latest practitioners of space rock . The story of this record, according to the band, is that it was “written and recorded inside an abandoned 1980s shopping mall, where escalators have been out of order for the last fifteen years and the only source of light is some plastic Swedish designed / Chinese made bulbs.” With a mythology like that, the trio’s debut places itself in a self-made context of isolation and something near mock nostalgia. And, as a whole, the record seems to have achieved its goal of exploring a marginalized landscape that’s both urban and internal; if a debut record can achieve any emotional response, the band’s done the heavy lifting. There’s an eeriness and gothic thickness to “10000 Russos” that’s memorable – and more memorable than a lot of records.

Unlike many of their contemporaries, 10000 Russos embraces a steady bass drum thump that acts as an anchor to their otherwise wandering sonic excursions. That constant beat acts as a mile marker, keeping listeners in the moment while tracking the distance from the start. So while tracks like “UsVsUs” map surrounding space, there’s a constant, hypnotic beat to ground it across all its eight minutes.

“Karl Burns” is a slow groove that, by way of drummer and vocalist João Pimento’s sparse, effected but confident vocal meter, channels the Doors over its continuous drones and pulses. Compared with the songs that follow it, “Karl Burns” focuses more on the atmosphere and feel of the song than the explosive passages that appear in the rest, while still prepping listeners for the larger sonic flourishes to follow.

“Baden Baden Baden” kicks off the b-side and, much like the previous side, continues with motorik beats, sprawling guitar, focused bass and effect laden vocals, but “Baden Baden Baden” feels more focused and streamlined, preparing listeners for the long closing two part track, “Stakhanovets / Kalumet,” which is the album at its strongest and most ambitious.

This one will be playing for a while here.