Tea & Symphony - An Asylum For The Musically Insane 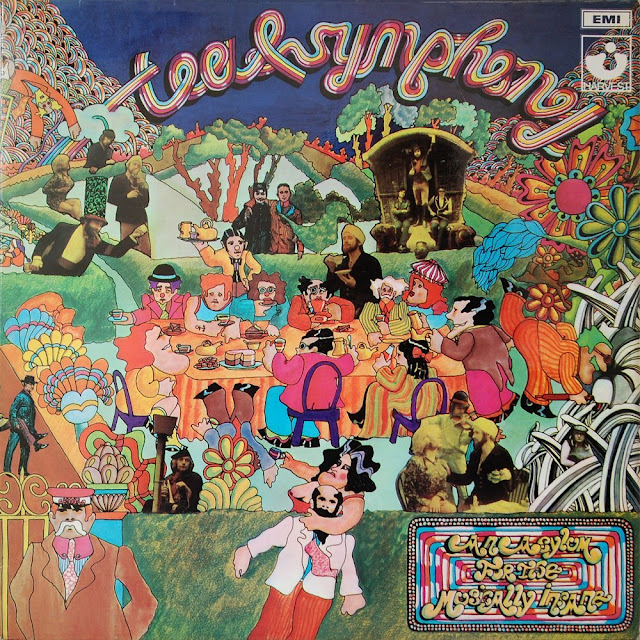 Apparently one of the rarest titles on EMI's underground label Harvest, this bewitching debut, which flits effortlessly between styles, was simply too far ahead of its time to sell well on its original 1969 release date. Fortunate then, that Esoteric Recordings have got their mitts on it for one of their well remastered reissues, complete with the usual fascinating and in-depth liner notes.

Produced by Gus Dudgeon, and featuring the core trio of Jef Daw, James Langston and Nigel Phillips (supplemented by members of Locomotive and Bakerloo),  "An Asylum For The Musically Insane" is a natural extension of the underground, wyrd-folk of the Incredible String Band and their followers, fully immersed in the progressive rock that was just beginning to evolve out of the ashes of the psychedelic era.

While the likes of Comus are deservedly held in high regard now, Tea & Symphony have been largely ignored (except by label collectors). Indeed, before this promo arrived, I had written them off, due to the lack of hype surrounding their two albums. This, it turns out, was a major mistake. As much as I love Comus's "First Uttterance", their can be no argument that Tea & Symphony were doing it first, with "Terror in my Soul" from this release sounding very much like the template upon which "First Utterance" was hewn.

And with a winning formula like this, why bother to stretch out? Tea & Symphony do though. No laurel-resting here. Check out the terrifying cabaret of "Nothing Will Come of Nothing", with James Langston's quivering lead vocal sounding like Roger Chapman on the verge of a nervous breakdown. Or how about opener "Armchair Theatre", with its effortlessly encylopedic genre shifting. And an excellent cover of Fred Neil's "Travellin' Shoes", possibly included to prove that the trio could tackle a 'normal' song with as much relish as their own idiosyncratic compositions.

There's never a dull moment, and even when the white boy blues of the time occasionally pokes its head through the door, it does so in a winningly twisted fashion.

Esoteric's excellent reissue also includes a surprisingly good bonus track, a cover of Procol Harum's "Boredom", originally on the flip of the "Armchair Theatre" single. If you'd never heard the original you'd swear it was a Tea & Symphony original, so well do they lay their mark upon it.

Time for a rediscovery then. Anyone out there with even the most remote interest in UK underground folk, progressive rock and the likes, owes it to themselves to dig into this one. My highest recommendation. And keep an eye out next month for a similar reissue of the more polished follow-up "Jo Sago".