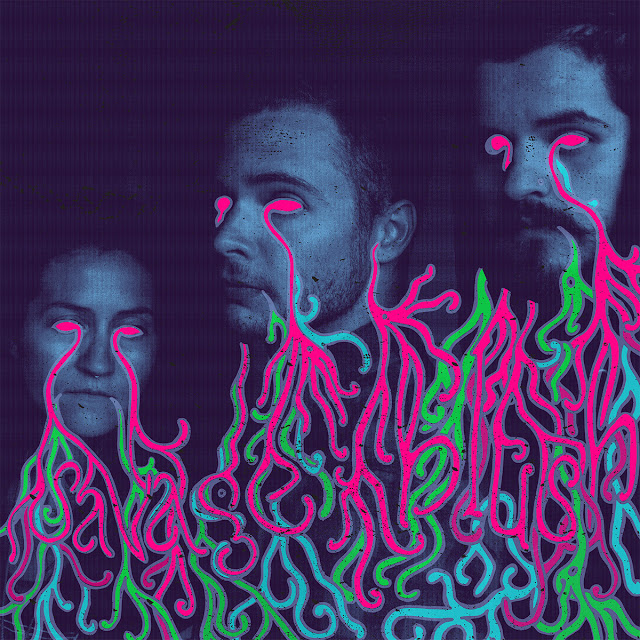 The Savage Blush is a psychedelic surf rock band formed in Denver, Colorado during the summer of 2014. Lead singer Rebecca Williams started the band, picking up bassist Brandon Stanley and drummer Joshua Williams, her brother.

With a heavy surf rock sound and twangy vocals, the Savage Blush delivers a fantastic album. The overall sound has a reverb laden effect, which they retain for the whole of the album. They went for something and kept with it. I for one am glad they did.

Rebecca William’s voice is hard to describe. If Janis Joplin toned it down a notch and starting singing surf/punk rock, then mix that with the lead singer of Beach House; that might describe her voice…..sort of. You really have to hear it to “get” it.

The beginning of ”Hearts in Trouble” reminds me of Cream’s "I Feel Free", then hits the ground running with a yelp, cymbals come crashing in and the song picks up a sort of honky-tonk beat, before returning to the cool Cream vibe. "Sick Mouth" starts off dripping with a Velvet Underground vibe, slowly growing into a heavy psychedelic flow, reminiscent of Wooden Shjips.

"Meet Me in the Sun" takes you on a classic surf rock ride, with a touch of the old west in Williams' vocal delivery. I can’t help but imagine riding on horseback through a barren desert wasteland, while listening. "Run Betty Run" instantly reminded me of something Nirvana would have made in their late years circa "Unplugged in New York". Super laid back, with an intoxicating, mellow, vibe, it hits me right in the memory banks that bring back feelings of being young….er.

With "Thunderheads", the album continues with its relaxing flow, making you feel like you’re floating on a raft somewhere in the Caribbean, never leaving its fluffy space. If something could hit you like a ton of feathers, this is it. "Pitch Black" is a powerful change of pace for the otherwise laid back album. With more of a classic rock influence to this song, it’s as if the album drank a Red Bull, and it’s freakin’ great! "I’m A Fool" really wraps things up nicely, winding down the album and leaving you with a feeling of total calm.

Having never heard The Savage Blush before, I’m hooked! I can’t recommend this album enough to anyone that digs driving, psychedelic surf rock.