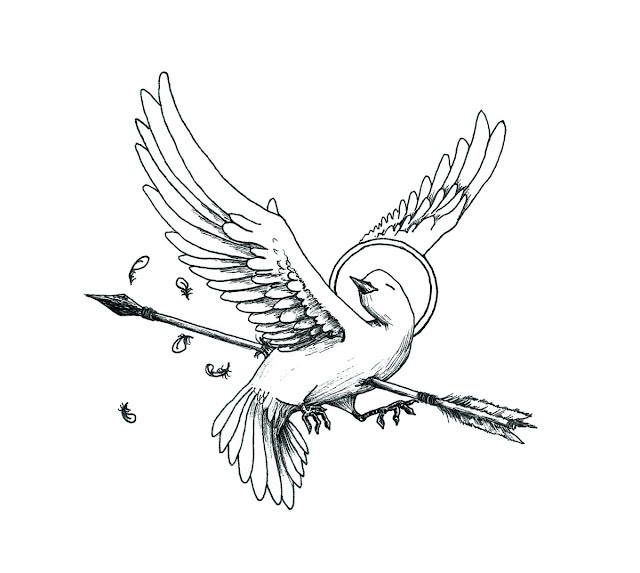 Barry Uhl released a spectacular psych-pop album last year - "An Account Of The Happenings At Wretched Knob". "...Wretched Knob" is a fabulous album, a collection of character studies of fictional characters from a made-up town, which demonstrates Uhl's gifts for observation (undoubtedly these characters had some basis in the people around him), and poignancy.

Given these skills, it's perhaps a little voyeuristic of me to enjoy his newest album "The Stargazer's Bible" as much as I have. "The Stargazer's Bible" sees Uhl turn his keen observational skills on himself, and those around him in particularly candid fashion. Barry operates at the exact point where the music of Brian Wilson and Wayne Coyne intersect, and as such, he's perfectly placed to deliver this very intimate journal in a way that seems both deeply personal, and universally communicable.

Having an unerring knack for a timeless pop hook does no harm of course, and it's a skill that certainly helps the medicine go down here. Opener, "The Ornament", has already been described in another review as "like some transcendental lost Beach Boys track from 1967, all neon-lit, confusing, and gorgeous", and that's a description that could very well relate to the album as a whole.

Uhl's vocal arrangements are certainly Wilsonesque, but beyond this, the baroque pop of "Pet Sounds" is used as a starting point only, with Uhl musically stretching into much more contemporary fields of psychedelia and indie rock / pop. The fuzzy guitars and semi-distorted vocals of "Euphoria (Planned Bruises)" take things in a noisier direction than anything on "...Wretched Knob", but the ever-present wall of harmony vocals, and sweet pop hooks balance out the grit nicely,  a balancing act that carries over perfectly to the riffiest number ,"Song of Songs". Elsewhere, there's a playful melodic tinge on "Devouring the Devoted" that brings to mind the sort of thing that might have resulted if Randy Newman had been pressured into recording a typical psych-pop album in 1967.

And the momentum continues throughout; top, melodic tunes, cleverly arranged with updated baroque pop touches, appealling vintage synth hooks, and lovingly layered harmony vocals. You don't need to hear any more from me at this point to know whether this is going to be your sort of thing. All you need to know is that it is very good indeed, a fearless album, and one that I suspect will become known as Uhl's very own "Soft Bulletin".