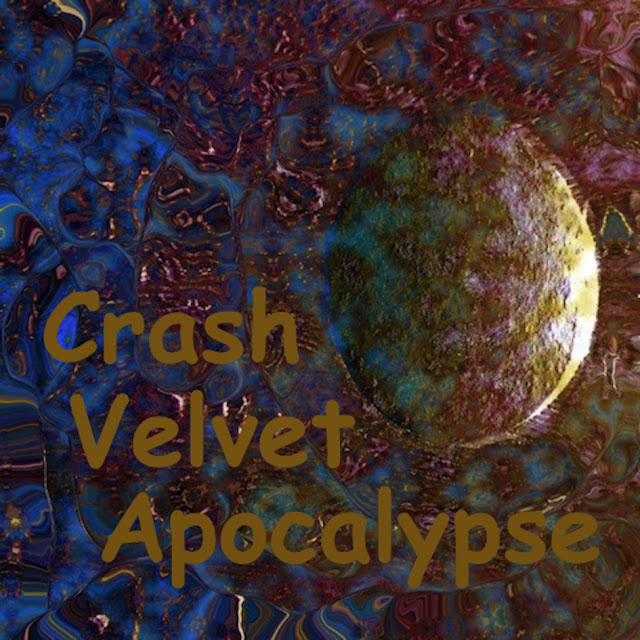 The Legendary Pink Dots should need no introduction; over the last thirty years or so they have released countless classic psych albums and singles, constantly redefining and refining their own particular style of apocalyptic electronic psychedelia. As a solo artist, main man Edward Ka-Spel also has several superb back catalogue treasures as well as work produced with artists such as Nurse With Wound, Skinny Puppy’s Cevin Key (as The Tear Garden) and The Dresden Dolls. One look at their Bandcamp page alone suggests immediately just how prolific this quietly influential, Netherlands based band have been but be assured, there is an extremely high quality control with LPD output too and novices can delve in without fear. For lengthy, Floydian cosmiche musical explorations sample the band’s ‘Chemical Playschool’ compilations, for perfectly formed and acid flecked psych nuggets try some of the magnificent ‘song based’ albums such as ‘Crushed Velvet Apocalypse’, ‘Shadow Weaver’ or ‘The Maria Dimension’ (although the Dots are often adept at weaving both aspects of their output into a seamless, deeply melodic whole). Several vital live recordings and previously unreleased tracks are also thankfully finding their way into the light and onto the Dot’s Bandcamp page, including the live ‘Crash Velvet Apocalypse.’ This recording stems from 1990 and is, according to Ka-Spel ‘the sound of The Dots on fire at the dark and dismal Crash Club, Freiburg, combined with the best parts of a show less than a year later in Vienna. Some rare songs to be found here, guitar playing that will singe the hairs on the back of your neck, and a band that sounds so hungry it would steal your veggie pizza’. What are you waiting for?

The album begins with gig opener 'Crushed Velvet Introduction', an electronic collage of choral voices and sound effects before leading directly into 'The Death Of Jack The Ripper' (from the masterpiece that is 'Crushed Velvet Apocalypse')whose drip-drop percussion and massed keyboard stabs provides an epic, deranged and deeply atmospheric entry into the Dots universe. Ka-Spel is in fine voice and we are reminded of what a serious live proposition the Dots are; not only does this track (as do the following songs) match the intricate, ornate orchestration that the band achieve on studio recordings, an extra layer of intensity and power is also invoked. 'Princess Coldheart' is a case in point; somewhat jauntier than its studio counterpart and resplendent with vast washes of synth and Neils Van Hoorns evocative woodwind, there is a tangible, twisted delight present in the performance. 'Even Now' (originally a Ka-Spel solo effort if this listener is not mistaken) is a gorgeous and, for the Dots, straight forward ballad that merges cosmic saxophone with an interweaving keyboard line and acoustic guitar. 'The next one's about the weather which is quite disturbing these days…' intones Ka-Spel by way of introducing 'Just A Lifetime', a suitably downbeat end of the world electronic anthem. For fans of fellow travellers in the esoteric English underground such Current 93, Coil and Nurse With Wound this is essential listening. There is also much to be eagerly devoured here by those who are partial to Neu, Cluster, Tangerine Dream and early, pre-Dark Side Pink Floyd. Further highlights include the terrifying 'The Blessing + Green Gang', its monolithic keyboard lines and ominous church organ leading ,via a sitar and tabla freak out, to nerve shredding electronic screams and repeated chants of 'Here come the green gang'. Again, there is both an intimacy and intensity that adds something extra special to this live version, the original of which can be found, once more, on 'Crushed Velvet Apocalypse'. 'I Dream Of Jeanie' (originally found on a free 3” CD that came with the highly recommended 'Maria Dimension' album) follows, Ka-Spel's impassioned and echoed vocals repeated and echoed over the maniacal tango of the synthesised bassline. 'Black Zone' (from 'The Tower') is massive sounding, blistering guitar spinning across relentless, frenetic keyboards and Ka-Spel's deranged prophesying. It's unspeakably impressive and is followed with equal fervour by 'Hellsville', a Dots classic that sounds like the end of times being enacted right here, right now. A gentler though no less powerful approach is taken by 'I Love You In Your Tragic Beauty' with its delicate acoustic beginning and its fairy tale, baroque keyboard finale. A series of live recordings from Vienna follow including a truly beautiful and interplanetary 'Disturbance' (what Syd Barrett's Floyd might have been doing had Syd forgone his burn out and continued into the 80's) and an initially pensive and finally explosive 'Grain Kings' .

The Legendary Pink Dots are arguably one of the most important underground bands of the last few decades (and in this listener’s mind easily one of the best). Their level of output is phenomenal and the number of gems in their catalogue an embarrassment of riches. Ka-Spel used to sign off the linear notes on Dot’s albums with the dark portent of ‘Sing While You May’. That is exactly the modus operandi the Dots have continued to have; as long as the world turns they will be here to document the coming end times with sometimes a serious eye, sometimes heartbreak, often a jet black humour and always with an accompanying soundtrack that is mind-blowingly good. 'Crushed Velvet Crash' is a superior live document that distils the essence of the Dots and is as equally perfect for long time aficionados as newcomers. You know what to do.

Available as a download on the Dot’s Bandcamp page or as a double CDR edition in a card cover lovingly assembled at LPD's HQ (limited to an edition of 199 copies).