Beaulieu Porch "We Are Beautiful" Review 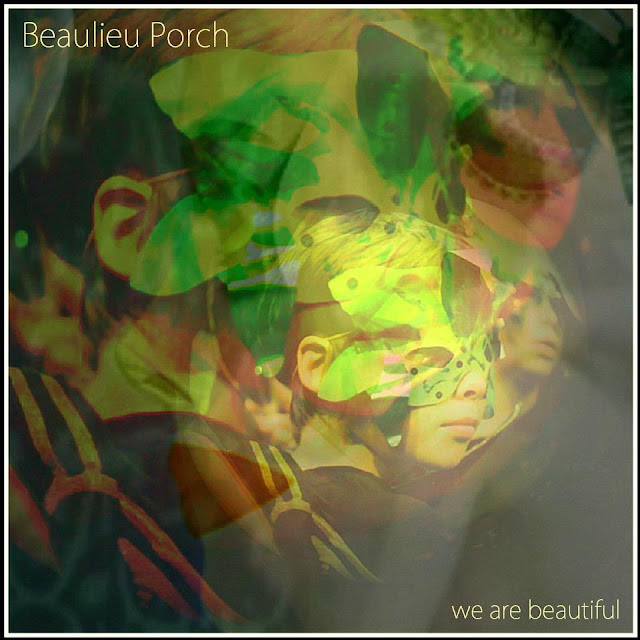 Y'all probably remember how excited I got back here when Simon Berry a.k.a Beaulieu Porch's self titled debut was released right?
Then there was "In Touch With The Infinite", a second album release in quicksmart time, coerced from him by an unsympathetic label under the Beaulieu Porch name, but padded out partly with Spider 72 ( Berry's other project) tracks. Now don't get me wrong, the Spider 72 tracks are great, but their sugarpunkery made slightly uncomfortable bedfellows with the more breezy psychedelia of the Porch material.
Fortunately Mr Berry is back in control of his own musical legacy now, so out goes "In Touch With The Infinite" and in comes "We Are Beautiful", the proper, non-rush released follow up to that magnificent debut . I'm gushing aren't I? Well, so I should be. "We Are Beautiful" is another mind-boggling look at what one man, laden with a bunch of killer tunes and a whole bunch of studio ingenuity can come up with when left to his own devices. I like to imagine Simon Berry as a MacGyveresque figure, able to construct a leslie speaker out of a biro, a paper clip, a rubber band and one of those brick sized late eighties portable telephones.
But I digress.
If you wish that the Beatles had spent a little more time cavorting around the countryside in a garishly painted bus and climbing trees with silly woolen hats on instead of getting all beardy, serious and hateful on each other, then this is the album for you.
Mr Porch pulls out all the Peppery stops on opening track "Golda A" with it's swirling repeated refrain of "oh what a beautiful place" being pretty hard to argue with. Delicious.
Similarly "Is" imagines the ambitious crescendos of Abbey Road through a filter of treated vocals and backwards tapes with very Harrisonesque arpeggiated guitars accompanied by some searing leads.
It's not all psychedelic pomp either - "Daylight Faces" and "Of Particles" show a moodier, more contemplative side that relies more on stark beauty than kaleidoscopic grandeur.
Impeccably paced and balanced, "We Are Beautiful" is a very carefully constructed record indeed that fleshes out and expands upon the soundscapes of the debut in a most impressive manner.

Stream or purchase through the link below: