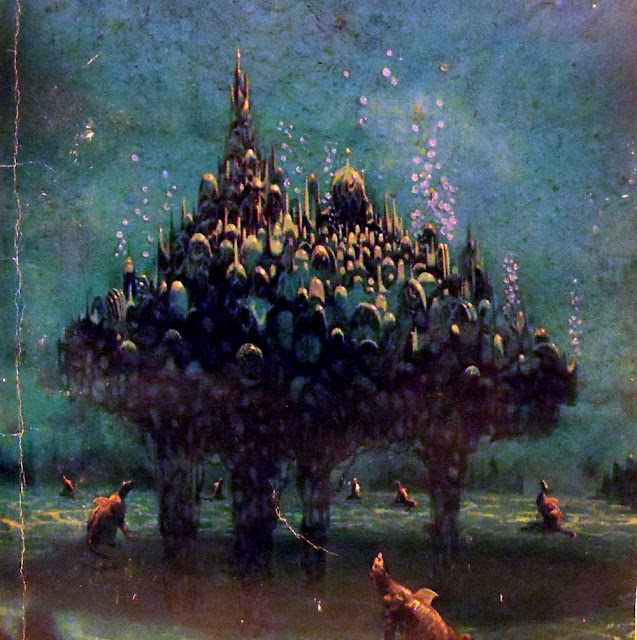 Continuing my rewarding trawl through Cineploit Records recent releases brings me today to London's Zoltan.
One thing that's been particularly surprising about going through the Cineploit catalogue, is how a label with such a niche approach has managed to sign artists that you'd assume would all sound pretty similar, but all have their own unique approach ; Oscillotron have a Tangerine Dream fetish, Orgasmo Sonore worship at the altar of sixties / seventies eurofilm, Sospetto are giallo / polizei fiends, and now we have Zoltan who on the evidence of "First Stage Zoltan" seem to think that John Carpenter should have spent some time working with virtuoso prog rock players.
They make a convincing point.
Now don't get me wrong, Carpenter's late seventies / early eighties film scores (along with the films themselves) are items that I have an almost religious fervor for, but think how much more powerful some of those themes could have been had they been fleshed out with a rhythm section.
Zoltan do just this - a three piece with one of the most progtastic rhythm sections I've heard this side of the seventies.
Andy Thompson's keyboards take care of the melodic side of the equation with consumate ease, but it's Matt Thompson on bass and Andrew Prestidge on drums that truly elevate this to the next level. The mediocre pap that we're spoonfed through the popular media of today seems intent on convincing us that bass and drums are supporting instruments only - clearly a view that Matt and Andrew quite rightly don't subscribe too. Both play in a busy, "look how much more interesting I can make this" (rather than "look how good I am") kind of fashion that provides plenty of surprising rhythmic and melodic counterpoints to the keyboard parts.
So while the synth heavy soundtrack work of the likes of Carpenter are an obvious touchstone, prog rock also rears it's very welcome head, allowing these rather fine musicians a  greater dynamic palette with which to paint these eventful epics.

Stream or buy below. Also available on vinyl through the same link.