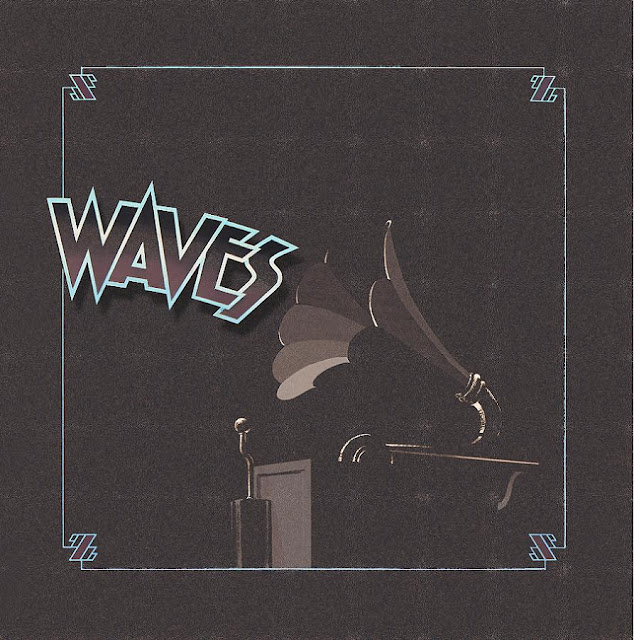 I presume that apart from a few dedicated collectors, not many of you have heard of New Zealand seventies outfit Waves. I don't blame you - they've been pretty obscure here in New Zealand too, with only a few collectors and the odd bearded hippie relic seeming to remember them - which is odd as apparently their 1975 single "The Dolphin Song" was a bit of a hit here at the time.
The excruciatingly rare album this was lifted from, simply titled "Waves" is exactly the sort of country / folk gem that labels like Light in the Attic salivate so rightly over, and as of Record Store Day 2013 is back on the market (albeit only in New Zealand I believe).
But why exactly should you care about this band you've never heard of? Well you like Crosby, Stills and Nash right? And their hordes of second tier close vocal hippie clones too? Well you can forget Redeye, America and the like, Waves are THE BEST of these bands hands down, and their debut is one of the best kept secrets in New Zealand music.
As is often the case with these acoustic close harmony groups, Waves sound pleasant but a little generic on first listen, but after repeated plays it becomes apparent that Waves are impressive but subtle songwriters who never settle for an obvious hook when they've got something more insidious to let loose on your psyche.
Waves triple pronged songwriting and harmony attack much like CSN, provide three very different songwriting styles that blend seamlessly. And while tracks like "Wornout Rocker" take an obvious cue from the harmony masters, there's a more progressive side visible on tracks like "Waterlady Song" that sounds more like yes in their less manic moments.
"Waves" should have been a hit, but when the Direction label folded taking most of the album's takings with it, the band were left in dire straits. After production talks with Little Feat's Lowell George went nowhere, a second album was eventually recorded in 1976 under the watchful eye of Warner's frontman Tim Murdoch.
Murdoch was unimpressed with the results, and with just a few overdubs left to be recorded he ordered the multitrack tapes to be wiped. Fortunately the band were able to grab a rough mix, and the CD release of this includes these tracks packaged together as "Misfit" on the bonus disc.
While Murdoch may have been disappointed with this material, it's hard to imagine what he was expecting as "Misfit" sounds very much like a continuation of the debut's sound, and while the songs themselves are arguably a little weaker (which says more about the strength of "Waves" than any weakness on "Misfit"s behalf) , the band's playing and presentation had improved tenfold with Kevin Wildman's slide guitar often put to excellent use, and on tracks like "Jacob and El Tornado" an adventurous progressive element was unfolding which could have led somewhere fascinating.
Two top albums that have been rescued from obscurity.
The band reformed for an instore appearance on Record Store Day at Real Groovy Records in Auckland, and there's talk of heading back into the studio too.

Available as a limited edition vinyl reissue (first album only), or 2CD reissue featuring both albums.
Available from various New Zealand based online stores - get googling!