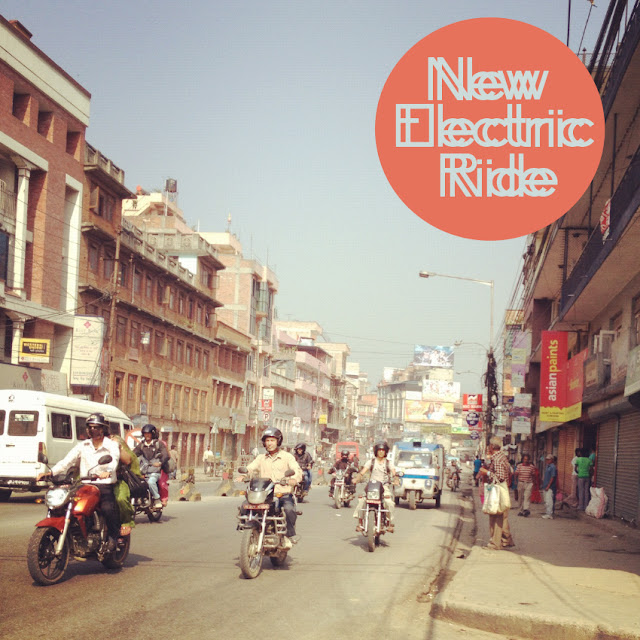 You may think that the bag I'm pulling all of these great new psychedelic acts from is bottomless, and I'm beginning to think you're right. There's an awful lot of people in the world right now and the fact that an increasing number of these folks are starting bands that sound like the Beatles is a something to rejoice fully in.
The latest of these acts is Sunderland four piece "New Electric Ride". Their credentials? Well, they've opened for the Pretty Things, and that's pretty good in my book.
One listen to their debut E.P ( yes it's called "E.P" too...) will make it immediately apparent why these lads are getting offered these slots, and I'm sure bigger and better things are on the way too. But before I start sounding like the liner notes to a vintage sixties LP let's ditch the superlatives and look at the music itself.
"New Electric Ride" have thus far been described as a psych-pop band.
Lush harmonies have been mentioned.
Pristine pop songwriting has been alluded too.
All elements that are present and correct here of course, but one thing that folks so far seem to be overlooking is how quirky these tunes are. They're unfaillingly melodious and tuneful of course, but there's also an approach to tempos and organ abuse (stop it....) that suggests the Canterbury Scene and Frank Zappa are as important an influence as the mop tops.
Tunes like "In Chains" suggest an alternate universe where the protoprog bands that littered the late sixties U.K scene retained an interest in writing songs rather than setting up spots for elaborate solos.
It's hard to pick a favorite but the easy rolling swagger of "Lovers" is pretty top stuff, with a vocal that recalls the more ragged bluesy moments of Lennon's sixties material - it's like Tame Impala's "Elephant" with all the T-Rex siphoned out.
"Stone For Stone" on the other hand couples a McCartneyesque chorus with layers of mad professor keyboards, and a slowed down, almost Steely Dan style vamp. And that flute tacked onto the end is a pretty lovely afterthought - more of this on the next recording please.
Oh, and speaking of the next recording there's a 7" due out soon on Hot Rats Records. But don't wait 'til then for a listen. Visit their bandcamp page through the widget below where the E.P is available on CD and as a download. Our operators are standing by.