"Dust On The Nettles: A Journey Through The British Underground Folk Scene 1967-72 " 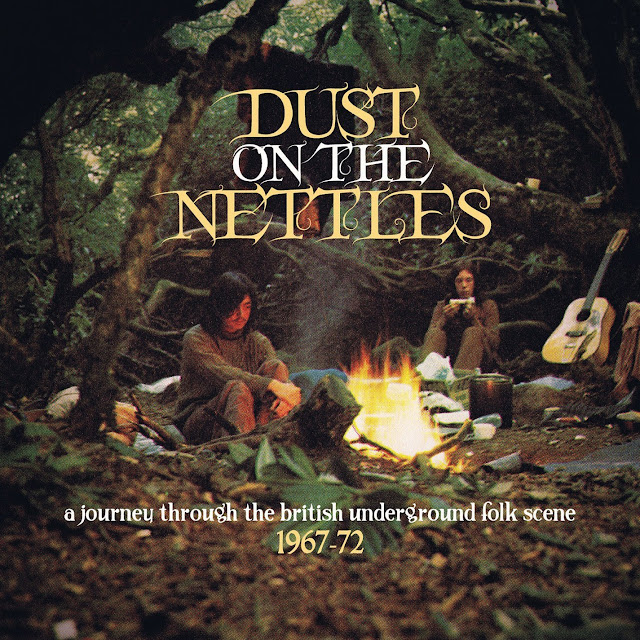 What a superb collection this is. Grapefruit's new, bargain priced triple CD charts a course to the British underground folk scene, specifically between 1967 and 1972, the years when psychedelia and progressive rock were being integrated into other strands of music, which was evolving at an accelerating rate, breaking down the boundaries between genres.

The UK folk scene had already seen a major revival just prior to this timeframe, thanks to young blood like Bert Jansch and Davy Graham, but it wasn't until the onset of psychedelia, and the establishment of the album as a major statement, that the British folk scene really began to expand with the explosion of young folk talent chronicled here.

In terms of production, it's often not overtly psychedelic, but when it is, it's spectacularly so, particularly on Mary-Anne's "Black Girl" - one of many artists introduced to me by this collection that I will be investigating further in the future. Instead these artists paid attention to the possibilities offered by psychedelia and progressive rock, and took these lessons to heart, writing progressively more complex songs with a wider frame of reference, rather than relying strictly on traditional material. Exotic instrumentation is introduced into the mix, and songs like Mick Softley's "Eagle" seamlessly integrate Eastern influences in exciting new ways.

Much of what you'll find here could be classed as acoustic progressive music. Rarely do the artists use a typical verse, refrain, verse structure, instead electing for complex multi-part songs, opening up explorative possibilities for improvisation, while still remaining strictly tethered to the songcraft demanded of folk music.

Many labels have released collections with similar goals to that of this one, but there have always been glaring omissions that have hampered the credibility of these anthologies as definitive articles. This, however, is the real deal. Everyone that should be here, is, and they're all represented by appropriate material, lovingly remastered. On top of the big names, there are numerous acts spread over these three discs who are entirely new to me, and they're uniformly excellent, making this collection ideal for those wanting to dig deep, and reignite their excitement for the genre, as well as those taking their first steps into investigating the UK folk underground.

Phenomenal, and a total bargain for the asking price.