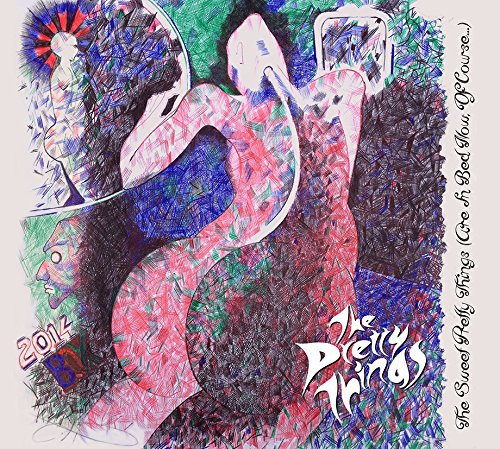 Last fall, Ugly Things Magazine posted an online plea for letters of encouragement for Pretty Things visionary main-man, Phil May. The post was direct, cut-to-the-chase honest – and exceedingly ominous. It said that May had been suffering from Chronic Obstructive Pulmonary Disease (COPD) and “need[s] to give up drinking and especially smoking urgently and immediately.” I remember being shocked by the look of the words “urgently” and “immediately”, and immediately penned what was I’m sure a heartfelt, gushingly awkward fan letter; one that Ugly Things promised to forward to Phil. “Those closest to him,” the UT plea went on, “believe the best chance he has of doing this is to turn his lifestyle around, and immerse himself again in art, music and writing.”

It is impossible to overstate the importance of the Pretty Things’ music. Always rock’s cleverest chameleons, they reinvented themselves time and again – with the uncanny ability to land on their creative feet. Over the next 50 years, what began as a gritty R&B combo had embraced everything from Baroque pop ("Emotions") to psychedelic rock opera ("S.F. Sorrow") and 70s glam ("Freeway Madness") – even a convincing flirtation with New Wave with 1980’s "Cross Talk" – with equal aplomb. Through all of these changes – in membership and musical landscape – Phil May has remained the one constant. He is the poet, artist, storyteller and, quite literally, the voice of the Pretty Things.

I did not hear any further news about May’s condition, and hoped that no news was good news. And with the February 2015 release of a career-spanning box set "Bouquets From a Cloudy Sky" speaking rather eloquently vis-à-vis the legacy of the band, one could have forgiven May for laying low this year, both to recover from his illness and soak up the well-deserved accolades. So it came as a bit of a pleasant shock to learn that the newest edition of the Pretties (only May and guitarist Dick Taylor remain from the original incarnation) had released a new album.

It would have been so much simpler to release the box set and call it a career, with everything from the band’s inception through 2007’s "Balboa Island" tied up in one nice Pretties package, reputation intact, un-futzed-with. Except there’s never been anything nice, neat and clean about the Pretty Things, and from the opening guitar assault in “The Same Sun” to the final track (fittingly entitled “Dirty Song”), you know it’s going to be a thrilling experience.

The disease from which May suffers, COPD, robs its sufferer of breath, so it comes as a great relief to hear him singing above the beautiful din with such vigour. Indeed, he and Taylor sound rejuvenated and fully committed to the material. This isn’t some opportunistic, cynical reunion of past members with could-be-anybody filler musicians aiming to capitalize on the success of "Bouquets From a Cloudy Sky". No, what this is, is the historically pivotal pair from the Pretty Things – Phil May and Dick Taylor – ably augmented by well-chosen latter-day members (Frank Holland, keys; George Woosey, bass; and explosive new drummer Jack Greenwood) – sounding as tough, vital and uncompromising as they ever did.

At a crisp 37 minutes, the album hits you and is suddenly gone. In its wake it leaves memorable melodies (“Dark Days”), some piercing guitar work from Taylor (“And I Do”, “Greenwood Tree”) and a dignified take on one of the Byrds’ best (“Renaissance Fair”). They even manage to dash off a quick postcard from the Middle East (“In the Soukh”).

In light of May’s illness, it was a tremendously moving experience to hear this bracing new record for the first time. I did not receive a response from Phil to my letter of encouragement, but it seems to me that "The Sweet Pretty Things (Are In Bed Now, Of Course)" constitutes fierce, unequivocal assurance that Phil May is, once again, immersing himself in art, music and writing.