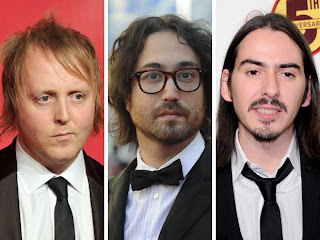 "I'm Open to Beatles: The Next Generation"
In an interview with the BBC, Paul McCartney's son James has stated that there's been talk between the Beatle's sons about forming a band.
"I don't think it's something that Zak [Starkey] wants to do," says McCartney. "Maybe Jason [Starkey] would want to do it. I'd be up for it. Sean [Lennon] seemed to be into it, Dhani [Harrison] seemed to be into it. I'd be happy to do it."
Whether this comes to anything remains to be seen, but the prospect is certainly interesting.
James has already released two E.Ps, both produced by his Dad, and also appeared on Paul's Flaming Pie and Driving Rain albums.
He's also performing at the Cavern Club in Liverpool. He says he's made the decision "just to embrace the Beatles legacy rather than running away from it."