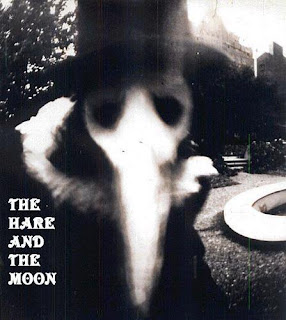 For the first in a new semi regular series where artists and readers tell us which albums they'd need to retain their sanity while marooned on a desert island, we've been lucky enough to hear from Grey Malkin from Active Listener favorites The Hare And The Moon.

You can read the Active Listener's review of their self titled album here.

And fans of the Hare And The Moon should stay tuned for a review of their second album, The Grey Malkin coming in the next few days....

1. Black Sabbath – Sabotage
What can I say? I could have chosen anything they recorded up to Sabbath Bloody Sabbath (and I admire the Dio years as well) but this I think is both the darkest and probably the maddest of their classic albums. It has a certain economy too, compared to Volume 4 where the tracks seem to go on forever (though this is not always a bad thing) and Sabbath Bloody Sabbath where things are more ornate (again not the worst thing in the world). The production doesn’t clean things up either; this is a murky album with a troubled soul, even if Ozzy is singing about his lawyer ripping him off. Some of it is hilarious too (the choir on Supertzar) whilst also having the facility to be completely serious. I think they are probably my primary musical influence in that their music is simple, honest and for the most part reflective of the lyrical content. I view Black Sabbath very much as folk music. I never understood why some folk artists sang traditional ballads about murder, mayhem, and madness and yet it had to sound nice and pretty. My intention with The Hare And The Moon is for the music to be as unsettling as the ballads themselves.

2. Love – Forever Changes
I saw Arthur Lee perform Forever Changes just before he died and it is probably the best concert I have ever seen (or will ever see). I can’t quite put my finger on specifically why Forever Changes has a continuing appeal for me; perhaps because it is beautiful, disturbing, funny, sad, prophetic, uplifting and as mad as a brush. All at once. It’s a one-off, a bit like Arthur himself. I don’t think anyone could make this album again –even Arthur couldn’t.

3. Nico – Desertshore
Again, another one-off. There will never be another Nico. This sounds like nothing and no-one else; solemn, desolate, ancient, timeless. I have a fondness for all her albums, from the baroque of Chelsea Girls to the dodgy synth goth of Camera Obscura, although I guess I hold with the generally accepted view that her ‘70s trilogy (Marble Index, Desertshore and The End) are her finest. Her songs are also simple and repetitive with no frills. There is something in music that is not overly complex and ‘showy’ that contains or holds a certain power (although I am as partial to a bit of Peter Gabriel-era Genesis prog silliness as the next man). This power in simplicity is especially helpful if, like me, your musical ability is somewhat limited. I also do a mean Nico impersonation after several glasses of red wine.

4. Pentangle – Basket Of Light
I rate Pentangle over Fairport Convention, much as I love Sandy Denny. There is something a bit grittier and out there about Pentangle. Proper beatniks. I toyed with including some of my favourite acid folk in this list, which in truth I probably like just as much as Pentangle; Mellow Candle, Trees, Comus, Caedmon…although as a ’genre’ it can have certain predictable traits I find the music of this period or scene incredibly inventive. And most of it sold about 2 copies at the time but still survives today because there is something special about it, an appeal that goes beyond any commercial aspect or notion. Perhaps The Hare And The Moon’s albums will be re-released in 30 years and listeners will wonder at the wonky timing and dubious production? I hope so.

5. Coil – Musick To Play In The Dark
Coil are another band where it is impossible to choose one album. John Balance is the archetypal English eccentric and genius. I love Coil, everything they did, though my favourite period is probably the moon musick era that includes the two Musick To Play In the Darks and the Moon’s Milk Solstice releases. They are gone now and we will never see their likes again.

6. Valerie And Her Week Of Wonders Soundtrack - Lubos Fiser
Almost by accident I have become a huge fan of early ‘70s Czech cinema. Morgiana, The Cremator, Daisies; all fantastic and phantasmagorical films. Nothing for me beats Valerie and Her Week of Wonders though. It strikes me that again this is a one-off. I hope they don’t do an American remake at some point, though I doubt they could sell the concept to the advertisers. It’s a dreamlike, Alice in Wonderland type movie but without being the cliché that that has become. The score is a masterpiece in its own right. It makes me want to wear a waistcoat and live in a small Eastern European village. Mumford and Sons do not have that effect on me, I must say.

7. Swans – White Light From The Mouth Of Infinity.
The Swans are a band whose music I have listened to throughout the larger part of my life. That gives you an idea of what a cheery fellow I am. The most vibrant of their albums for me is White Light From The Mouth of Infinity. I think Michael Gira hates it, it has been referred to as the ‘goth years’ and never properly brought back into print. A shame. It sounds like a beautiful apocalypse. I miss Jarboe in their new incarnation; they need more keyboards! 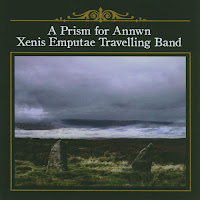 8. Xenis Emputae Travelling Band –A Prism For Annwn
Another huge influence on me recording my own music. Blame them. This is a perfect album that I will never get bored of; I find something new in it each time I listen to it. More people need to hear his albums, in fact Reverb Worship are reissuing them at the moment in rather lovely handmade sleeves. Another singular vision, truly English too – I like the image of Phil Legard out on the moors banging away on an autoharp. I’m not quite sure what that says about me.

9. Nurse With Wound – Who Can I Turn To Stereo
Guaranteed to clear a room and make most people I know look at me like I’m only listening to this to make some kind of point. But there is a real beauty and surrealism to his music and it is painstakingly put together. I tend to prefer later Nurse to the earlier noisier material but he continues to make incredible and vital albums after more than 30 years. A visionary. I like to think of him in his top hat recording bedsprings and the like. Possibly not someone you’d want as a neighbour though –turn that squeaking down!