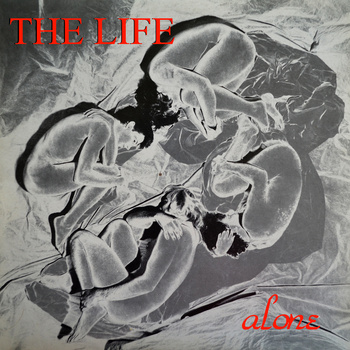 The Life should have been contenders. They won the award for best new band of 1987 from the Northwest Area Music Association, recorded a debut album that was excellent by anyone's standards and were a powerful, if only sporadically supported live act.
Which makes it all the more unusual that no-one I've talked to has ever heard of them. Their entry on the rateyourmusic database currently lists their debut album with absolutely no ratings, which is unheard of.
This new package put together by Green Monkey Records contains the first album "Alone" lovingly remastered and a second disc of unreleased recordings intended for a follow up "Witness The Will", which was shelved when the band dissolved.
There is an elephant in the room however, so let's acknowledge it. The Life do sound one hell of a lot like 80's U2, especially on "Alone".  It's implied in the band's press release that the band consider this comparison to be lazy. Sorry guys and I mean no disrespect, whether there's an actual influence or it's just a coincidence I don't know, but the likeness at times is uncanny.
If you'll allow me to wander for a moment; I don't often write about music I don't like on here, but I need to be true to myself and point out that U2 are one band whose continued existence pains me. I'm sorry if this offends you, but we each have our cross to bear. There are no doubt bands I champion here that you can't stand. And Nickelback sell millions of records. What I'm saying is that taste is subjective and U2 rile me. Which makes the fact that I really enjoyed this album nothing short of miraculous.
And listening to the Life has reminded me that I didn't always harbor this loathing for the Edge and his cohorts. There was in fact a time in the eighties when I rather liked them. I've obviously since conditioned myself to believe that my loathing had been there from day one, but it seems that up until Achtung Baby I had a soft spot for them.
Which almost brings me back to the Life. We must remember that at the time these recordings were made, wearing the influence of U2 on one's sleeve was not the social and artistic stigma that it has since become. U2's post punk influenced album-rock was evolving, but was yet to become the turgid and generic arena rock that it later became, and Bono's rampant egomania was either dormant or received less media attention than it now does. 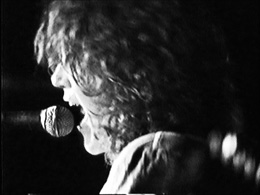 So comparisons with that band aside, what do the Life have to offer?
Where to start? They've got the hooks of a powerpop band, but delivered with the authority of a band that know they're really a rock band. Massive choruses, any number of which could have come from massive underground radio hits at the time had they found themselves in the right hands, and if said hands had been receptive. A rock solid rhythm section. An innovative and flamboyant guitarist in the late Tony Bortko, who could switch from angular effects laden single line riffs to mind boggling stunt guitar at the drop of a hat. And in Jimm McIver, a passionate and resonant vocalist who channeled the likes of Ian Astbury, Jim Morrison, David McCombs ( probably inadvertently ) and well, Bono.
First album "Alone" was recorded relatively quickly and simply but easily matches the quality of anything else recorded in 1987, big, brash and confident tunes, searing guitars, tight musicianship and hooks everywhere.
The second disc is where things get particularly interesting though. "Witness the Will" shows a tremendous amount of growth. With six months in the studio and a 24 track at their disposal their newer material was much more psychedelic in construction, if not in overall sound. The band added layers of subtlety only hinted at on "Alone" and many of the songs branch out in unexpected directions. I'm often left thinking of what the Doors may have sounded like without Ray Manzarek. By the end of the recording process however, band tensions had reached a high and the decision was made to go their separate ways.
The verdict then?
There's certainly far too much impressive music on here to allow this to remain languishing in obscurity. Kudos to Tom Dyer from Green Monkey for giving the fickle public a second chance on "Alone", and a first chance with the frankly fabulous "Witness The Will".

You can buy directly from Green Monkey Records here.

Email ThisBlogThis!Share to TwitterShare to FacebookShare to Pinterest
Labels: Reviews, The Life