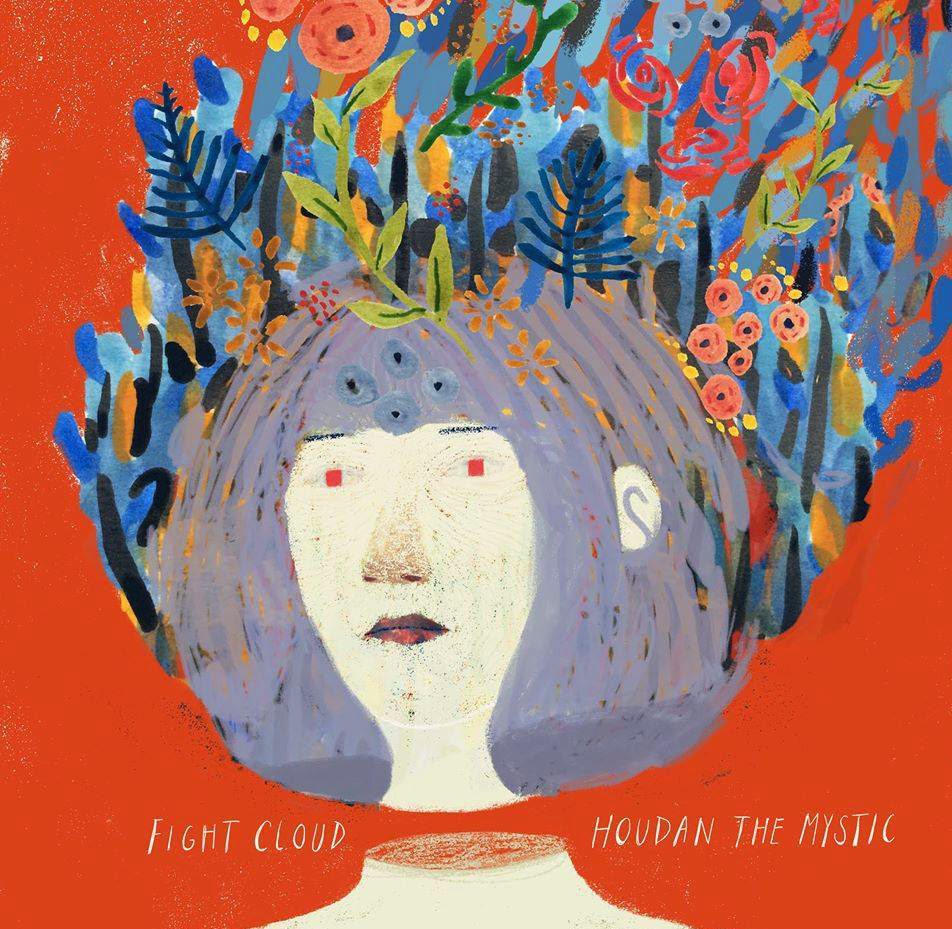 This split, which falls somewhere between E.P and album length (eight tracks in all), is a lovely showcase for these two Richmond, Virginia based bands.

We've investigated Houdan The Mystic before, with their free "Archer's Jamboree" E.P causing quite a fuss here back in 2012. One that has made the three year wait since seem interminable. I was initially a little disappointed to note that the Houdan the Mystic gents were only responsible for four tracks here, but Fight Cloud prove to be every bit as worthy and it's hard to imagine a more complimentary band. In fact if you were to play me the album in a random order I would have trouble telling you which band was responsible for which tracks. What makes this particularly unusual is that this is anything but undistinguished music. Houdan the Mystic call themselves "psychedelic, complicated indie rock", which is a much more accurate description than anything I could conjure, and one that, with a little math-rock thrown into the mix, should evoke an image of a band that don't really sound like much else out there. That two such like-minded bands have found each other and joined forces is a very good thing indeed for us at the listening end of the apparatus.

Both bands sound jazz schooled, with impressively versatile rhythm sections. And while the time signatures change with alarming regularity, this isn't just cerebral music. The part of the brain that likes things a bit tricky will certainly be fist-pumping here, but there's also an Indie vocal sensibility at play that provides a human element for the listener to bond with. Add a bunch of great guitar hooks with impressive pop smarts - think Adrian Belew era King Crimson - and you've got a couple of bands that engage on multiple levels, and sound supremely comfortable on all of them.

I'm not going to single out any particular tracks for special attention as the whole E.P flows wonderfully from start to finish, and the ever shifting nature of these tracks ensures that the listener's attention is liable to be rapt until the very last minute. Suffice it to say that these two bands are extremely impressive, with a versatility and melodic sense which is rare to hear combined. I could listen to this stuff all day.

Both bands offer their sides digitally as name your price downloads through the links below, or you can buy a limited edition cassette for $5 U.S through either of the same links.