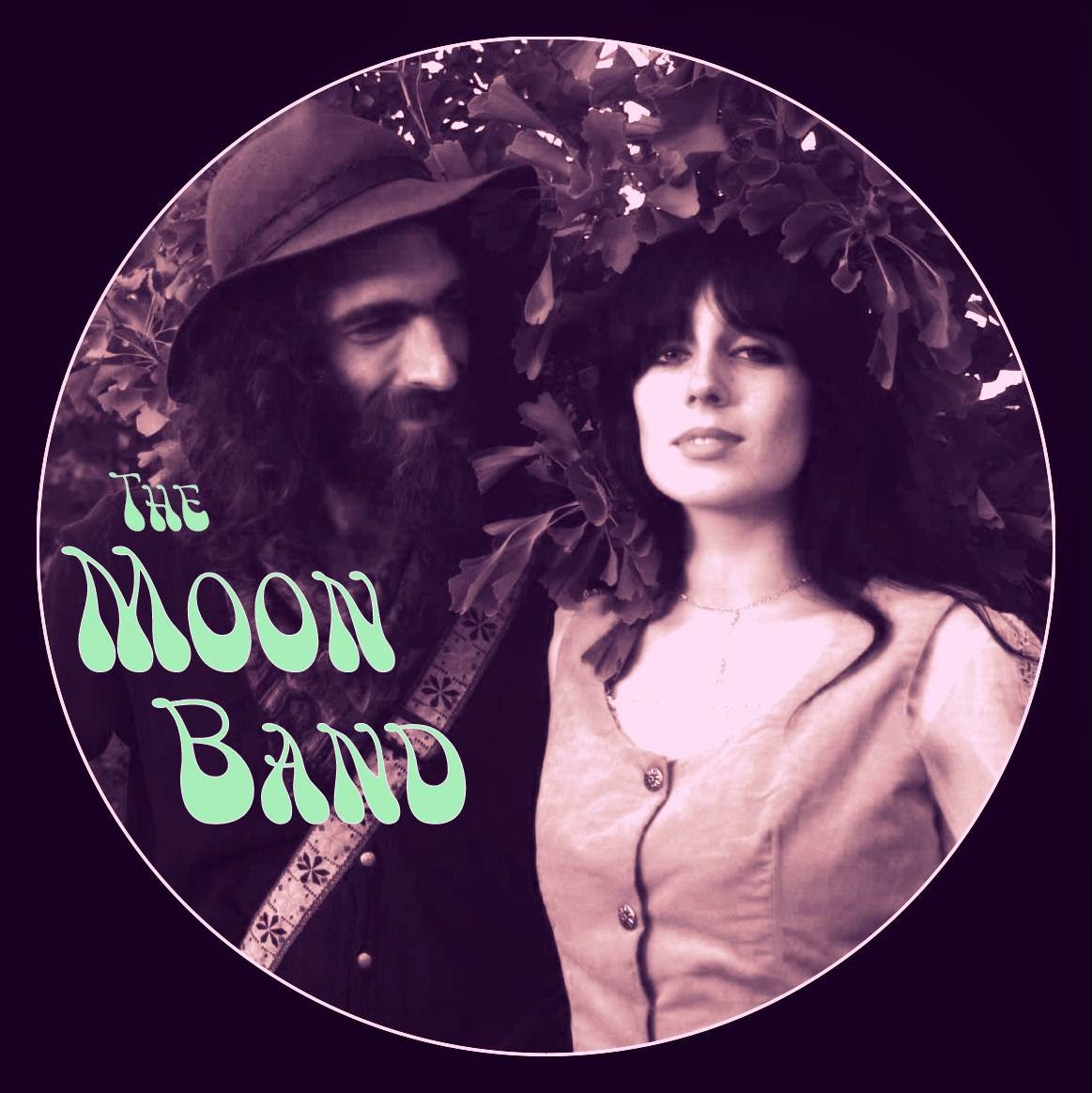 Reviewed by Grey Malkin (The Hare & the Moon)

wisdomtwinsbooks.bandcamp.comCanada's The Moon Band have recently unveiled their new single on psych master and Dodson And Fogg mainman Chris Wade's Wisdom Twins label - and what a find they are; this is no less than a modern day acid folk masterclass. A popular act on their local live circuit for some time now, this release represents the first recorded output from the duo and bodes extremely well for their forthcoming album due later this year. A sunlit woodland mix of bouzouki, recorder, autoharp and acoustic guitars The Moon Band are troubadours for these troubled times, effortlessly evoking the hazy psych folk of classic acts such as Sunflower, Renaissance, Carol Of Harvest and Bread, Love And Dreams.'Cedar People' is a sitar drenched psychedelic anthem; opening with strummed guitars and the harmonised vocals of Nicholas Tomlinson and Renée Forrester, the song warps, weaves and wefts into a drum led Alice In Wonderland spectral haze reminiscent of both Jefferson Airplane and Buffy Saint-Marie. Masterly and deeply atmospheric, this timeless piece repays repeated listenings with more and more detail and nuance; a carefully and lovingly crafted acid folk gem. Fans of Espers, Fern Knight and Sourdeline will find much to love here.'My Home' is a more delicate affair; guitar and fiddle underpin several gorgeous layers of vocals to create a 70's Laurel Canyon/ West Coast feel although still notably with a strong psych element. Like a tripped out forest dwelling Joni Mitchell, it is at once otherworldly and hazily comforting.Both these tracks are bewitching early recommendations for The Moon Band's next outing, this listener for one will be paying very close attention. I strongly recommend you do the same.