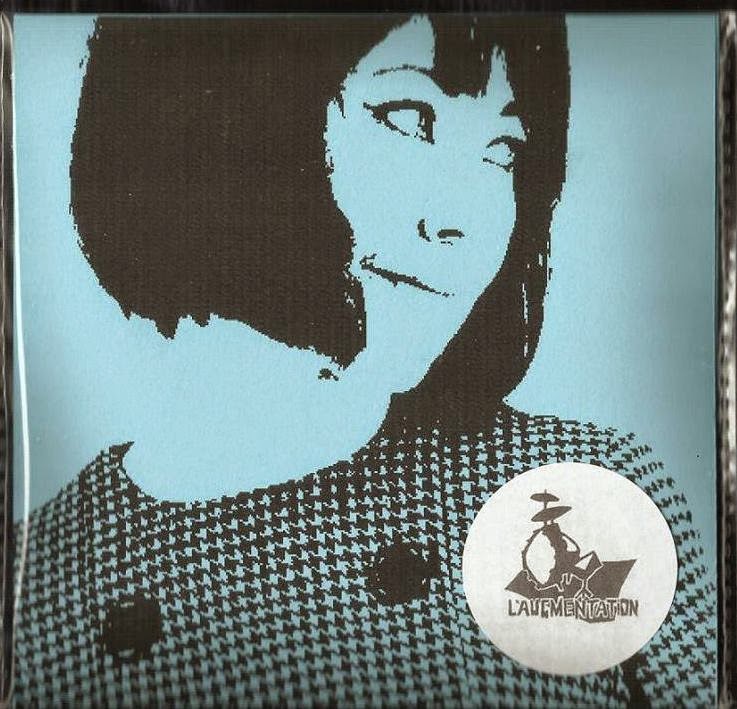 L'augmentation may well be a name that is remembered fondly by those still in thrall to the 90's Birmingham/ West Midlands electronica scene that included artists such as Pram, Magnetophone and, most notably, Broadcast. A mix of Serge Gainsbourg, 60's beat and vintage synths they predated many of today's hauntological purveyors of English analogue nostlgia and were quite simply a damn fine act in their own right. This release from the ever reliable Reverb Worship combines their classic 'Pigalle' album together with long out of print singles, b-sides, Peel Sessions and compilation tracks; it is not only a suitable introduction to the band for new converts but also a comprehensive history and essential sweeping up for existing fans alike. Describing their music as having 'a pop heart, not without mood swings; continental sound tracks for life lived at twenty four frames per second' L'augmentation are ripe for reappraisal, this album a veritable casket of hidden treasures ready to be discovered.

Opener 'The Switchboard Operator' is a carnivalesque and dramatic 'Tales Of The Unexpected' style electronic waltz. Years before acts such as Belbury Poly and The Advisory Circle, the hauntological sounds of 70's TV themes were echoing throughout this music, vintage synths and fairground sounds adding an eerie and nostalgic air that make this track sound truly timeless. 'Negative Walk's combination of trumpet and harpsichord is equally thrilling, an instrumental soundtrack to a long lost spy movie with hints of both John Barry and fellow Birmingham analogue enthusiasts Broadcast. 'Accident Scene' adds flute and shimmering jazz beat drums to create a dark, shadowy late night vibe; indeed, there is an undercurrent of darkness inherent in L'augmentation's music, something mysterious. And influenced by times gone they may have been but there is a a uniqueness and drive here that is purely theirs; using vintage sounds the band created a world of its own and of of its own time. Next, 'Soleil's whirling hammond evokes The Doors, Lisa Sellick's delicate vocals adding a French 'yeh yeh' twist. 'Glacier' begins with the sound of a schoolyard before its stately brass and flute led beat brings tension and again, drama. This is music for TV programmes and movies never made but which would have fitted perfectly with some suspense or paranormal drama of the late 60s or early 70s. 'Rich' is a beautiful, motorik piece of beat pop, evocative and hazy, James Smith's vocals drifting over the cascading keyboards. I very much suspect Belle And Sebastian were listening to this at the time and taking notes. '3 1/2' is a soulful late Sunday afternoon blend of down tempo brass and Carnaby Street cool. 'Cartoon strip' begins with an insistent bassline and organ before adding accordion, cultimating in a Gallic vintage synth classic. 'D is for Dum Dum's moogs are pensive, more space age and reflective (and more akin to Broadcast) whilst 'Lunar Eclipse 1961' is a jazz inflected slice of vital analogue electronica. It must be noted how musical and melodic L'augmentation were; these are not simply stylistic musical replicas of vintage keyboard sounds but living, breathing songs that emote, evoke and inspire.

A remix of 'Cartoon Strip' follows, the sound of a needle on vinyl throughout before a mod style bass enters; it is deeply reminiscent of the much missed Stereolab. 'Flourish' is an arch and Swinging London tinged piano led piece of solid atmosphere, not unlike 'Men In Black' era Stranglers. 'Rich (Pebble Mill)' is a triumph, swirling keyboards glide underneath a strident brass section, Simon Maragh's vocals the veritable cherry on top; it sounds as if this track went on to influence the whole of British Sea Power's career. To complete the package five Peel Session tracks are also presented, ably adding and showing different dimensions and takes of earlier songs. All in all, this is a hugely fulfilling and rewarding compilation of jewels long out of print and has been a much needed document for some considerable time.

Housed in a vintage monochrome sleeve, this is an essential purchase (yet limited edition - be quick) for fans of electronica, Broadcast, Warp Records, Francophile pop as well as for those who enjoy a more hauntological bent. Timeless and perfect; this is music for both a previous and a new age.