The See See "Once, Forever and Again" 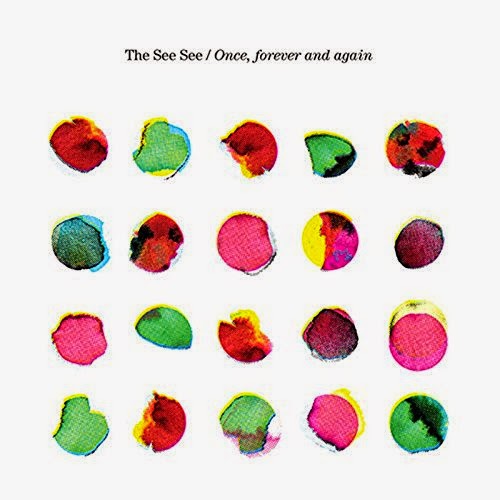 Legendary U.S reissue label Sundazed paid the See See an enormous compliment when they issued the compilation "Days Nights & Late Morning Lights" a year or two back. Fabled for their classic psychedelic reissues, it was the first time in the label's lengthy history that it had consented to release an album by a contemporary act. This obviously speaks volumes about the quality of the See See's music, as well as suggesting what it's likely to sound like to newcomers. Those newcomers are likely to be a little surprised by what they hear here though. While the See See certainly have one foot placed firmly in the sixties, they also display a sturdy contemporary edge that casts them as much more than revivalists, very much in a neo-psychedelic vein rather than the strict replication that one might expect.

Their latest, "Once, Forever & Again" is another masterclass in classic pop styles with plenty of paisley tinges, but also, on the likes of "Over & Under" hints that the Smiths and the Chills may be as much of an influence as the Byrds.

Elsewhere, tracks like "Ynas Las" evoke expansive, open spaces in a fashion that will appeal to fans of more contemporary fare like Band of Horses and Fleet Foxes.

And the muscular, but unforced guitar riff of "Mary Anne" is a knee to the groin of those who might be tempted to suggest that neo-psychedelia in general is a bit wussy.

Another diverse offering from this London five piece then, and one that continues to further their ambitions and broaden their horizons in an unforced and thoroughly enjoyable fashion.

"Once Forever And Again" is available here.