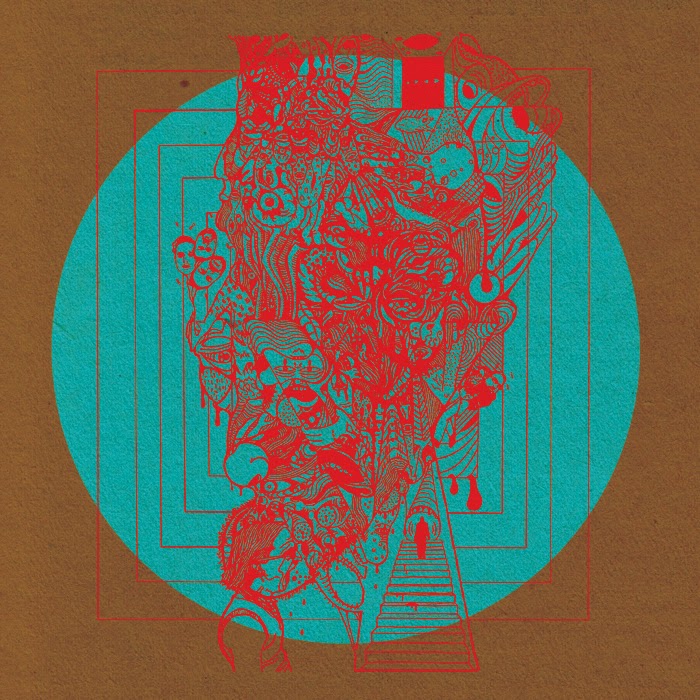 Albino Father’s first full-band recording, II, released earlier this month, is energetic from the very start. The record – in its sound, lyrics, pacing, and arrangement – feels simultaneously improvised and painstakingly structured; the guitars are fuzzy, the vocals slap back-and-forth, and, in the pauses, there’s reverb to spare. It’s the soundtrack of mid-west garages and dens. Not far from II’s noise is the live show, ingrained in every track; you can easily imagine them pounding through the same songs with their amps at full power, and you can’t help nodding along. Formerly the solo project of guitarist, Matt Hoenes, Albino Father can now take advantage of the way musicians play against one another.

In "Disappear", the guitar and vocals float in from all directions and crisscross over the verses, while the bass and drums keep consistent, tight time. The minimalist, chant-like vocals anchor the song and create a ritual of its structure. Bookended by "WTTV" and "Tooth Powder", "Disappear" is a quick foray into the sprawling, open side of Albino Father’s music, surrounded by the faster, psych-punk of the others. In the following tracks, the band finds a happy marriage for the elements that makes them a success – Krautrock meditations on rhythm, an appreciation for musical space, and punk/lo-fi sensibilities.

A standout track, "Heavy Fucking" evokes an early ‘70s psych vibe, pulsing through its full 8 minutes. In the final third of the song, the riff takes off, embracing layers of crunchy guitars and wailing blues solos reminiscent of a few decades past and wide-open spaces.

The hiss of a tape begins many of these tracks, reminding listeners that this music is made by real people; that particular sound, though tech-based, signifies a human touch, which, when it comes to new music, is always welcome. This record embraces the subtleties of every riff and instrument. II is garage rock at its best: catchy, gritty, and human, and, in the end, very fun. Salt Lake City’s Albino Father delivers a well-paced slow-burn of rock ‘n roll.

II is available on limited vinyl and cassette or digitally here: