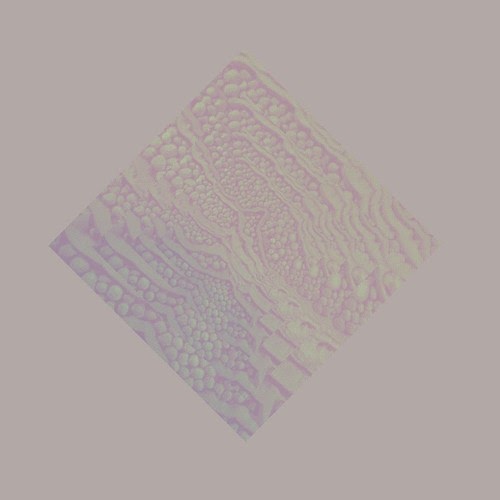 Following on from recent successes with "Sacred Drugs" and an acclaimed Goat remix E.P, "Cave Ritual" sees Al take a more experimental approach with interesting results. Interviewed by the Quietus in September, Al admitted that his approach for this album was much more stripped back, with all samples originating from one album (no idea what that album is before you ask, but it must be pretty bad ass), with some accompanying synths and drums. With this in mind, "Cave Ritual" is an impressively varied collection which displays none of the limitations that such an approach would seemingly encourage.

It's a game of two halves for sure, with the side long "Genisis Porridge" displaying Al's layering techniques over a slowly developing build, throbbing away in a particularly intense fashion. It's quite a departure from what we've heard from him before, with a grim dystopian sound that would make it seem totally at home sound tracking "Dune" or "Blade Runner", had it been recorded 20+ years earlier.  It's probably a little intense and brooding for the average listener's everyday listening, but is just the ticket as a portentous mood setter.

The flip is much more familiar territory for fans of Al's take of garage sourced instrumental psychedelic hop hop. Edan is still a great touchstone for what to expect from this stuff. Made up of shorter tracks which fit together to create a side long sequence should you prefer to experience it as such, this has a familiar, but always enjoyable ring to it. From the jangly, beaty garage of "Death Rattle" to the riffy electro raga of "Brian Jonestown Masochist", via the ridiculously catchy bass monster "Permanent Now", this side is full of ideas which coalesce effortlessly in often surprising ways.

Great stuff then, and an exciting taster from an artist who continues to push himself in sometimes challenging, but ultimately rewarding directions.

Available now from Stolen Body Records or via Norman Records.