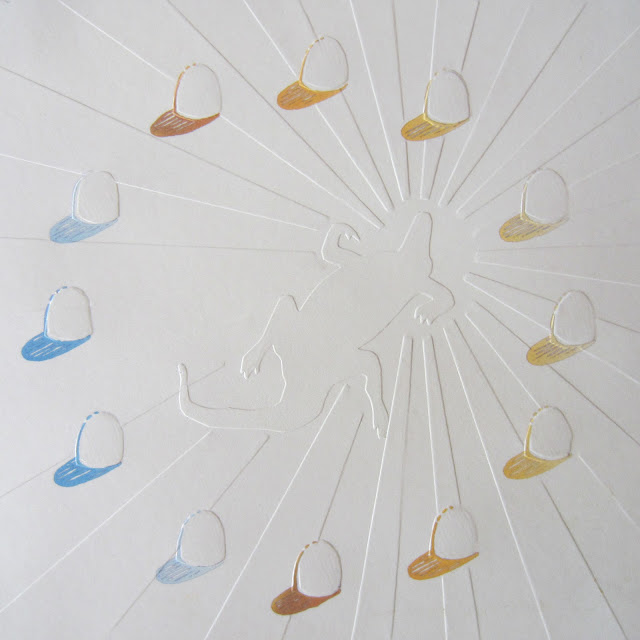 The Luck of Eden Hall sure are prolific. They released a few bits and pieces in the early nineties before calling it a day. They then reformed in 2002 and have been steadily gaining momentum ever since - last year was particularly busy with various releases on the Fruits de Mer label as well as the two "Butterfly Revolutions" albums.
It's fitting then with this relentless drive in mind, that I've been presented with not one, but two new items of theirs to draw your attention to.
First up is their most recent album "Alligators Eat Gumdrops", which despite being a quote proffered to the band by a six year old (ala "Lucy In The Sky With Diamonds"), is actually a pretty good way of metaphorically describing the band's sound.
The Luck of Eden Hall make psychedelic pop music with a heavy Beatles and lysergic sixties influence. "Big deal" you may say, "so do a lot of other great recent bands". That is indeed true, but there are few psych outfits out there today who so successfully combine the sugary hooks of yesteryear with the crunchy guitar tones you'll find plastered all over this very fine CD.
And while the law of diminishing returns should well and truly be in effect by now with such a prolific outfit, these guys just seem to get better with every release. "Alligators" is a top album, with lots of psychedelic twists and turns for the genre afficianado, and enough big choruses and guitars to reel in listeners who would otherwise view psychedelia with a whiff of suspicion.
Available as a download or on Limited Edition CD here, this is as good a place as any to jump in and explore this particularly rambunctious psychedelic act.
Also on the agenda is a self titled 7" E.P from the fine folks at Fruits de Mer Records.
Comprised of two tracks from "Alligators" (including the probable highlight "Bangalore"), and two covers (a moody take of the Doors "The Crystal Ship" and even better, a storming, heavy version of SRC's "Black Sheep" that leaves the original for dead) this is a fine sampler of their work, and a necessary purchase for those who want to own a round piece of wax by this band, rather than a piece of plastic.
As with all Fruits de Mer releases these will pre-sell so quickly that if you don't order a copy in the next three minutes you're likely to miss out (visit here - quick!)