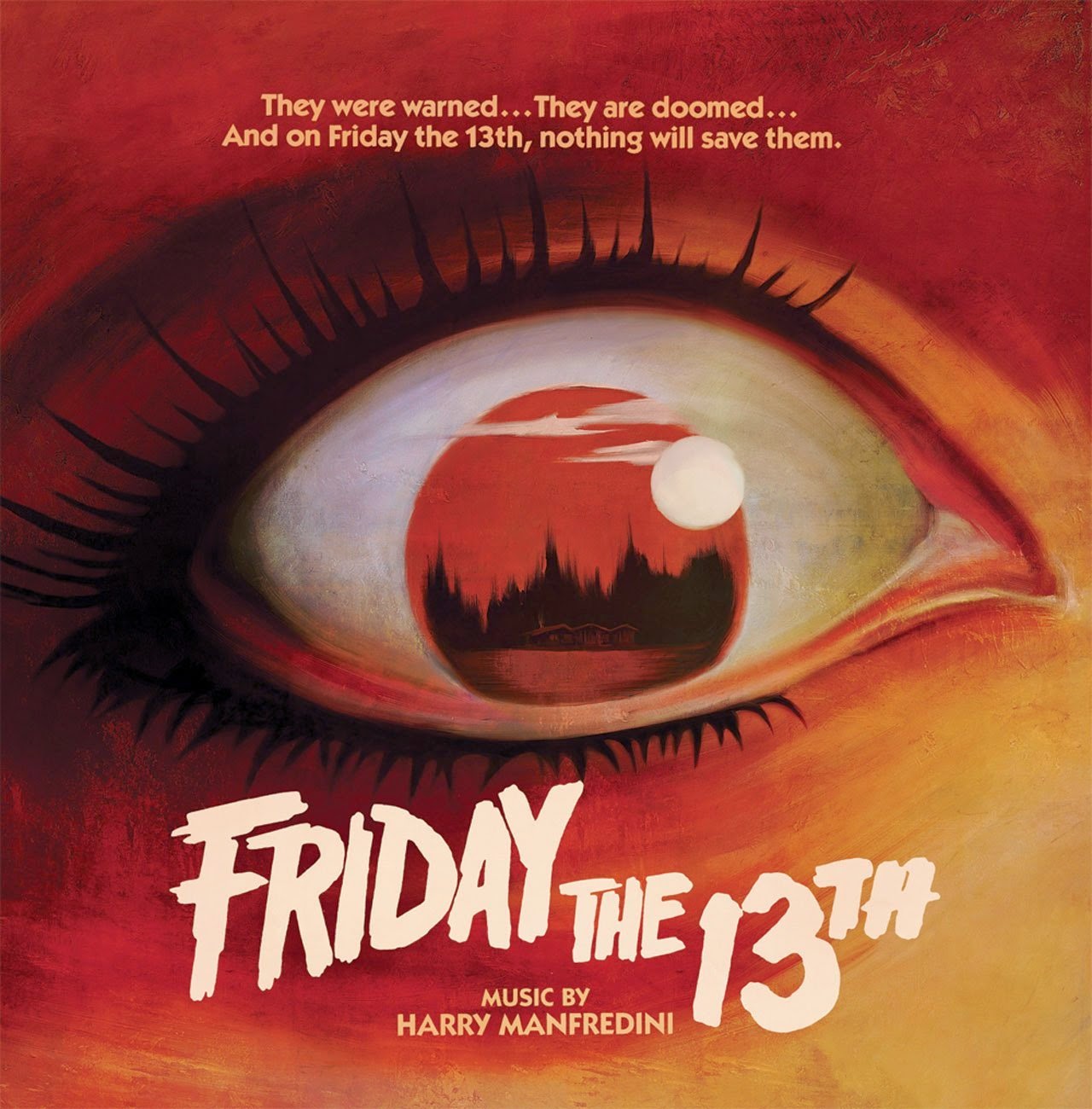 Available unabridged for the first time ever on vinyl, this is another welcome addition to Waxwork Records series of horror soundtrack reissues.

Both the film itself (which tanked critically, but was a box office smash), and Harry Manfredini's score were important formulative pieces for the burgeoning Slasher genre, which was about to hit its commercial peak.

While both are not particularly original, they borrowed elements from previous films and played them up to ridiculous extremes, creating and refining the conventions of the eighties slasher film in the process.

While other horror films on a limited budget were following in the footsteps of John Carpenter in using synthesizer to save a few bucks and create an ominous drone, Manfredini's score for "Friday The 13th" is a much more traditional affair. Utilising a small orchestra, Manfredini only uses occasional touches of synthesizer to add an eerie theremin like tone. More often than not, the shrieking, staccato strings of Bernard Hermann's "Psycho" score are the obvious touchstone, with Manfredini introducing the infamous, echoing whisper vocal treatment which went on to be a hallmark of the series. Stripped of its visuals, it's still extremely disquieting.

I'm very pleased, and quite surprised to see this reissued now. It's orchestral setting doesn't really place it firmly within the framework of the currently in vogue horror-synth craze, but for listeners who are more interested in the mood created and sustained, rather than the textures used to create it, this is pretty essential.