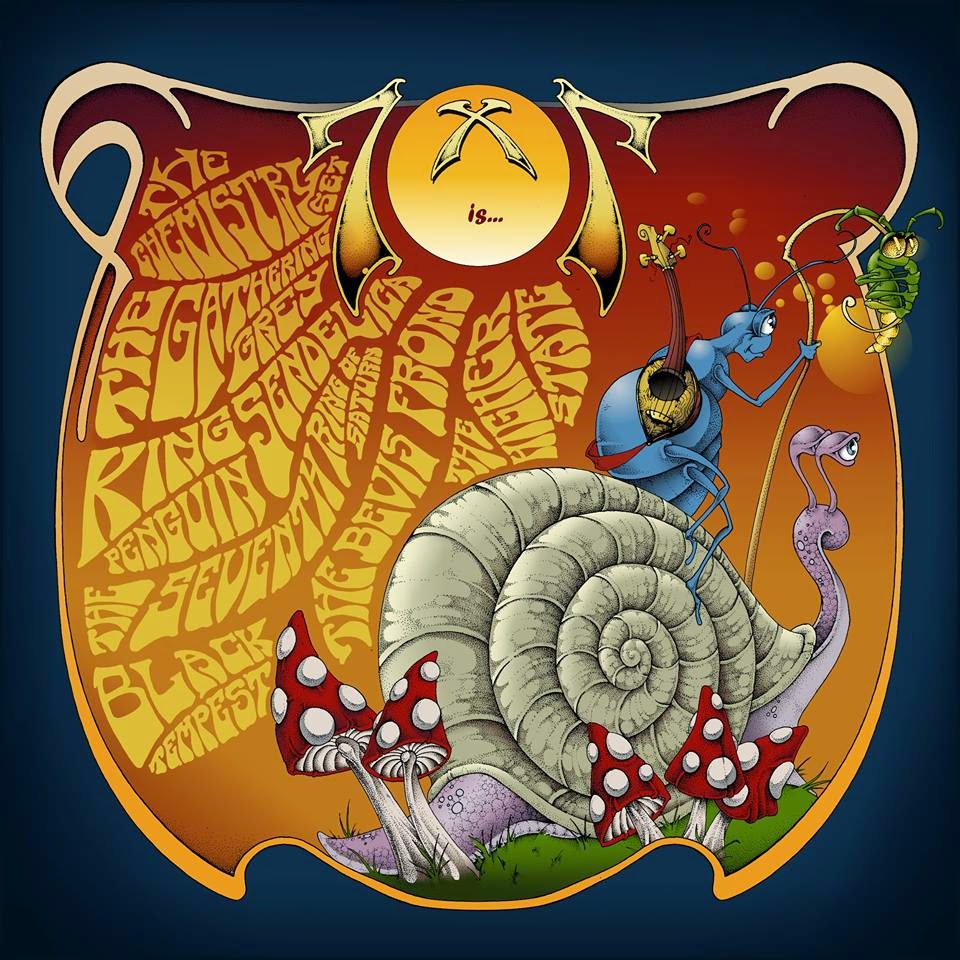 Fruits de Mer Records have built their reputation by providing a platform for top-tier new psychedelic acts to cover classics of the genre, so it's a wonder they haven't tackled this before. "This" being a giant 7" box set of great contemporary acts tackling songs you love from the U.S psychedelic scene of the sixties. Here's hoping there's something similar in the pipeline dedicated to U.K acts.

The standard is high throughout, as is the level of invention (and re-invention). I don't have room to cover everything here, but a few highlights for you: King Penguin do the Byrds proud, with an epic, baroque, string drenched arrangement of "She Don't Care About Time" taking top honours. Sendelica embrace the adventurous spirit of the United States of America by going off on all sorts of wiggy tangents on their two offerings. The Gathering Grey's two Moby Grape covers are startling reinventions that don't rely on genre conventions. "I Am Not Willing", in particular could easily rub shoulders with bands with more mainstream acceptance - Midlake and My Morning Jacket fans will definitely be impressed. And the Higher State were made to cover the 13th Floor Elevators. I know it's sacrilege, but do I prefer them to the originals? Yup.  The Chemistry Set on the other hand tackle two "Forever Changes" cuts in an immaculate, carefully crafted fashion, and Nick Saloman makes his two Clear Light arrangements sound as if they have always been Bevis Frond tracks. Goodo.

Scheduled for a September 22 release, you can pre-order here.