DAVID BOWIE IS BACK! WATCH THE NEW VIDEO "Where Are We Now?" 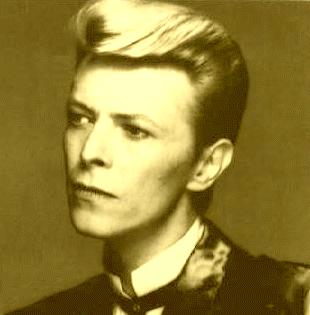 It's not very often I post news on the Active Listener, but it's not everyday something like this happens either.
The Thin White Duke himself, David Bowie, whom the mass media had led us to believe had secreted himself away in retirement without actually bothering to tell anyone after a series of health scares, has just gone and announced that not only has he not retired but that he has a new album due out in March!
The album, "The Next Day" is produced by longtime collaborator Tony Visconti and features the following tracks:
01. “The Next Day”
02. “Dirty Boys”
03. “The Stars (Are Out Tonight)”
04. “Love Is Lost”
05. “Where Are We Now?”
06. “Valentine’s Day”
07. “If You Can See Me”
08. “I’d Rather Be High”
09. “Boss Of Me”
10. “Dancing Out In Space”
11. “How Does The Grass Grow”
12. “(You Will) Set The World On Fire”
13. “You Feel So Lonely You Could Die”
14. “Heat”
Bonus tracks:
15. “So She”
16. “I’ll Take You There”
17. “Plan”
A statement released to the media reads : "In recent years radio silence has been broken only by endless speculation, rumor and wishful thinking ….a new record…who would have ever thought it, who’d have ever dreamed it! After all David is the kind of artist who writes and performs what he wants when he wants…when he has something to say as opposed to something to sell. Today he definitely has something to say."
Longtime fans will remember Bowie stating during the live in studio DVD performance from the Reality bonus DVD that he had another album recorded and pretty much ready to release. No mention so far as to whether this is a more evolved version of that project or something different entirely. It's great news either way!
Australasian audiences will have the first chance to hear  "The Next Day" on March 8th, with a U.S release date of March 12th, and March 11th everywhere else.

In the meantime, here's the video for first single "Where Are We Now?"