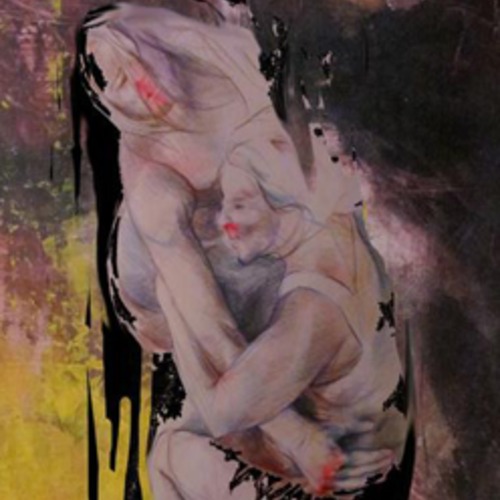 "Indie" is a term that has taken a turn for the worse in recent years.
It may make me sound like a bitter old-timer, but I prefer to look at the term nostalgically and use it in it's original, more literal sense, where it had nothing to do with people's perception of cool, and everything to do with the artist and their approach to their art.
So when I say that The Freezing Hands are some sort of indie supergroup I don't mean that they possess perfectly manicured beards, nor that they have a tendency towards post ironic covers of bad eighties tunes, or rock a wardrobe consisting entirely of checked shirts (although admittedly I am fond of checks myself and am often somewhat hirsute).
No, what I mean is that the Freezing Hands are D.I.Y - they do what they want, the way they want and can happily release their material on cassette because they don't have some big label executive breathing down their neck stressing out that kids today want digital.
And I certainly think that Travis from the Knockout Pills and Matt and Jeremy from the Resonars constitutes suitable grounds for using the somewhat unfashionable epiphet supergroup, whether they balk at it or not.
Now that I've finished justifying myself I imagine you've either jumped ship or want to know a bit about the music. Fair enough on both counts.
Travis certainly picked the right co-conspirators when he decided to make an album of classic sounding guitar pop/rock tunes as anyone with a Resonars LP in their collection can attest, and while The Freezing Hands approach is generally less anglophile than that of the Resonars (bar a rather excellent cover of the Hollie's "You Must Believe Me" and a few Mersey forays), they've certainly got it right first try here with an album that I can honestly say is at least as great as the newest Resonars LP "Crummy Desert Sound", which is sure saying something.
Now before you take issue with me for throwing around over the top superlatives I'd urge you to settle the fuck down and have a listen to this - it's everything a good, scratch that, great rock n roll album should be; raucous ("Get Away (Leave Me Alone")), reverential (the lovely one two Mersey balladry of "Numbers For Sale" and "Oh Bird"), irreverent and silly ("Cakes and Doughnuts Awesome") and full of cracking, great tunes (um, everything on here pretty much). "Baby Watermelon" even sounds like a falsettoed Buffalo Springfield to these ears - brilliant!
Burger Records have released this as a Limited Edition cassette (here), and there's talk of a vinyl release coming too - seriously, I pity the fool who doesn't hear this. Don't be that guy.