Temple of the Smoke "The Lost Art of Twilight" Review 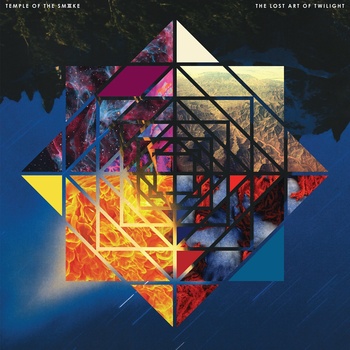 Eclectic doesn't even begin to describe Serbian four piece instrumental psychedelic space rockers Temple of the Smoke. Sample track "Moth of Time" as an example, begins as a moody and quite beautiful piece of post rock ala Godspeed You Black Emperor with a rare textural vocal that wouldn't sound out of place on a Mogwai album. Within another couple of minutes a bludgeoning metal riff has taken it's place, and less than a minute later it's turned into "Tubular Bells".
Elsewhere there's trippy space rock, Robert Fripp styled guitar riffery, keyboards that flit between Tangerine Dream and new romanticism, galloping Maiden-esque rhythms and on "Street of Shifting Signs" proof that white man can indeed dub.
I'll say it before you do - on paper this sounds like something a bunch of jazz school graduates would chuck together to show off how well read they are musically. I mean, surely there are way too many ingredients in this particular stew to make anything even remotely palatable?
This supposition would certainly be the case in the hands of lesser mortals, but Temple of the Smoke are impeccably versed in their field, and these tracks are so tightly and carefully constructed that the constant genre-shifting feels totally natural and unforced.
This is very clever progressive rock that can be enjoyed equally on an academic or visceral level.
And it's beautifully recorded.
Why aren't these guys huge?

Listen to "Moth of Time" below: